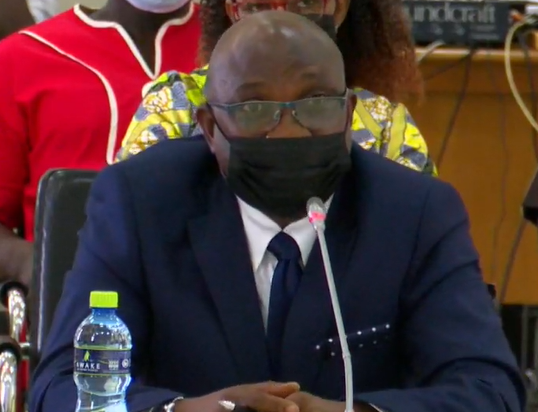 The Deputy Minister-designate for Employment and Labour Relations has stated that Ghana does not have an Information Communication Technology (ICT) system that collates data on the number of individuals who are currently unemployed.

According to Mr Bright Wireko-Brobbey, despite receiving support from the European Union to establish the Ghana Labour Market Information System (GLMIS) to enhance the coordination and management of labour market information for use by stakeholders, the system has not been operational.

This, he explained is because the GLMIS requires a large significant amount of investment to make it functional.

He made the revelation during the vetting of Deputy Ministers-designate by the Appointments Committee, Tuesday, June 8.

“The GLMIS is in the process. It is very capital-intensive. We have received support from the European Union and we currently are receiving some support from the just approved Skills and Job projects. So once it is done, the GLMIS will be fully set up and then we can have the data on the unemployed as well.”

When asked whether no other system exists to collate such data, he stated, “Hon. Chairman, that is correct,” he told Chairman of the Committee, Hon. Joseph Osei Owusu.

In practice, it is meant to be implemented as an automated, decentralised, and integrated ICT infrastructure-based “one-stop” mechanism to manage and coordinate data collection, processing, analysis and dissemination.

Joesph Osei Owusu on the other hand has entreated the Deputy Minister-designate to ensure that while the GLMIS is being set up, the Ministry adopts a system where information could be obtained from the National Identification Authority.

“So if I don’t apply, you won’t have my data. I was hoping that you have a system where, now that we are trying to build a national ID, you can log in and say these set of people, they have no skills, these have these skills so it is possible to guide them on where to find jobs,” he advised.