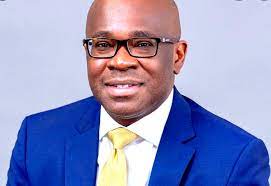 Stanbic Bank still controlled the market share of the Ghana Fixed Income Market in the first quarter of this year.

However, its control of the total value of government bonds and treasury notes went down significantly to 14.23%, from 25.21% recorded in 2021.

Perhaps, Stanbic Bank decided to reduce its exposure to government securities because of the perceived risk in the fiscal economy.

Whilst banks such as GCB (6.92%), Cal (5.99%) and Stanchart (2.91%) also cut their investments in government securities, Consolidated Bank, Access and Fidelity Bank increased their holdings in the government bonds and notes. They placed 2nd, 3rd and 4th respectively, controlling about 13.22%, 13.16% and 12.91% respectively.

Ecobank (7.19%) and Absa (7.39%) also kept some appreciable holdings in the government securities.

However, Agricultural Development Bank became the only bank that did not invest in the bond market.

According to the latest Banking Sector Report, banks investments comprising bills, securities and equity remained the largest component of total assets as of the end of February. However, its rate of growth slowed from 45.9% in February 2021 to 30.2%.

The share of investments in total assets increased to 47.1%, from 44.7%, still reflecting banks’ continued portfolio reallocation in favour of these less risky assets in a bid to moderate their exposure to increased credit risks from the protracted effects of the COVID-19 pandemic.