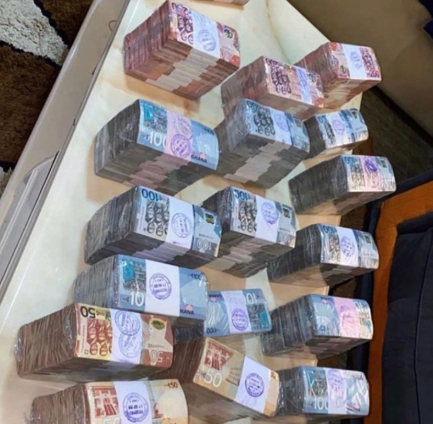 A Senior Research Officer at the Ghana Centre for Democratic Development, Dr. Kojo Pumpuni Asante has stated that Ghana has not made any progress in the fight against corruption.

Dr. Pumpuni Asante made the assertion on the Super Morning Show on March 31, 2022 on the back of the 2022 State of the Nation Address (SONA) delivered on Wednesday, March 30, 2022, by President Akufo-Addo.

The President, among other things, highlighted a number of measures adopted by the government in tackling the canker.

President Akufo-Addo noted that his government has invested more resources in the state’s anti-corruption agencies than any other administration in the country’s history and would ensure that those investments do not come to nothing.

Dr. Pumpuni Asante intimated that in spite of the measures highlighted by the President during the 2022 SONA as being used to deal with corruption, little has been achieved.

“If you take the CPI, you take the Afro barometer studies, you take the Auditor General’s annual report, there’s no evidence that we are making progress on these issues of the incidence of corruption,” he said.

The Senior Research Officer, thus, entreated the government to relook at the efforts it is making in terms of the inputs against the outcomes and interrogate why the country is not making the required impact.

Dr. Asante conceded that “digitisation has a potential of tackling corruption, but we need to be able to show how it actually reduces corruption.”

He added that there is a fundamental issue that has to be addressed and that has to do with political party financing.

Dr. Pumpuni Asante noted that recent studies have made it very clear that the cost of campaigning and the cost of politics has been rising election by election [and] “anyone who has been looking at the internal party elections for polling will show that monetization in politics is getting way out of hand.

“So if you’re going to appoint and elect people who already have soiled their hands during the process of going through the nomination for their parties and so on, then it is very difficult that when they come into office, they would be willing and able to restrain themselves from putting their hands into the state coffers,” he added.

DISCLAIMER: The Views, Comments, Opinions, Contributions and Statements made by Readers and Contributors on this platform do not necessarily represent the views or policy of Multimedia Group Limited.
Tags:
Corruption
Kojo Pumpuni Asante
SONA 2022