Ghana is not a secular state - Sam George - MyJoyOnline.com

Ghana is not a secular state – Sam George 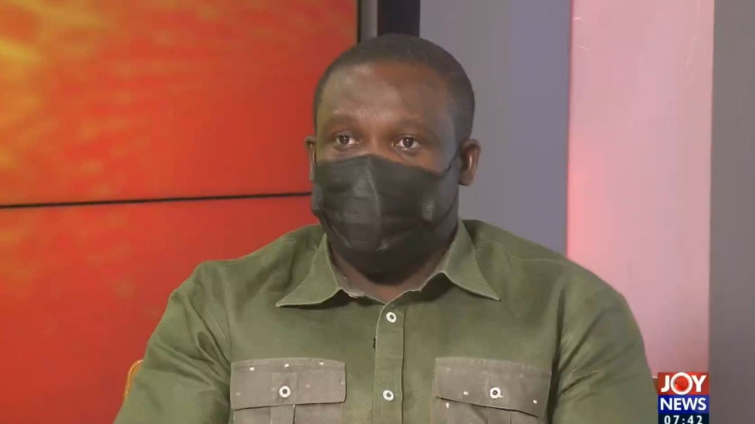 The Ningo-Prampram MP, Samuel Nartey George, has justified why Ghana cannot legalise the activities of individuals who identify as members of the LGBTQ+ community.

Addressing the Constitutional, Legal and Parliamentary Affairs Committee of Parliament on Monday, he stated that Ghana is not a secular state as suggested by some individuals opposing the anti-LGBTQ Bill.

The Committee is hearing arguments for and against the Promotion of Proper Human Sexual Rights and Ghanaian Family Values Bill, 2021.

Mr. George was emphatic that, Ghana is a pluralistic religious state.

For this reason, the Ningo-Prampram legislator prayed that Parliament shows its credence in God by approving the anti-LGBTQ Bill.

Today, before we started this meeting, you asked for a prayer. A secular state is a complete dissolution between the state and religion like France. You either ask for a Christian, Muslim or Traditional prayer.”

He cited the Ghana national anthem composed by Philip Gbeho to buttress his assertion of Ghana not being a secular state.

“Your national anthem is a prayer that starts with a prayer ‘God bless our homeland Ghana’. We are not a secular state. We are a religiously pluralistic. We accept different religions but we are a nation of God that respects God and has his place in our nation,” he explained.

According to him, the African Charter, Article 17(3) which states “the promotion and protection of morals and traditional values recognised by the community shall be the duty of the State,” should serve as a wake up call for government to do the necessary and not regard sexual orientation as a fundamental human right.

Mr. Sam George challenged opponents of the Bill to point out any Ghanaian society that recognizes and appreciates same-sex activities.

Article 16, Sub Sections 1, 2 and 3 of the Universal Declaration of Human Rights on right to family and marriage states: “(1) Men and women of full age, without any limitation due to race, nationality or religion, have the right to marry and to found a family. They are entitled to equal rights as to marriage, during marriage and at its dissolution.

(2). Marriage shall be entered into only with the free and full consent of the intending spouses.

(3).The family is the natural and fundamental group unit of society and is entitled to protection by society and the State.”

The Promotion of Proper Human Sexual Rights and Ghanaian Family Values 2021 Bill supported by some eight parliamentarians including Sam Nartey George has been one of the topical issues in the country this year.

This is because persons who engage in activities that “promote, support, express sympathy for or call for a change of public opinion towards an act prohibited under the Bill”, are liable on summary conviction to a term of imprisonment of not less than five years or not more than ten years.

However, portions of the same Bill states that “A person who abuses, assaults or harasses an accused person or a person suffering from any gender or sexual activity identity challenge commits an offence under the Bill and is, on summary conviction, liable to a term of imprisonment of not less than six months and not more than three years.”

But this section of the proposed Bill has also been described as hypocritical by legal expert Akoto Ampaw, who is part of the Coalition of Lawyers, Academics and other Professionals that submitted a memorandum to the House opposing the current bill.

Speaking on JoyNews, he said: “the provisions which talk about providing protection and so on are hypocritical. Even our police, they will not be interested in that portion of the law. If the law says homosexuals are to be dealt with like the Bill proposes and people beat them, I tell you, If you go and report to the police that you are a homosexual and you have been beaten, they will just look at you and say ‘go away’. That section of the whole Bill is meaningless.”