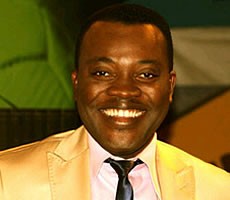 “…Musicians are suffering too much,” the celebrated television star said, pointing to an age of increasing piracy in the form of illegal duplication of tracks and videos of musicians.

The Ghanaian music industry is said to be hemorrhaging millions of cedis annually, with musicians around the country being the main losers.

For instance, a study conducted by the Musicians Association of Ghana (MUSIGA) in 2007 revealed that piracy of recorded music costs the state, sound and video recording industries million s of cedis in lost revenue and profits.

“This is an industry that Kanye West goes to the studio and talks something you don’t even know about and in a few days he makes millions of dollars.

I think Ghanaian artistes should enjoy that but it’s not like that. They go through so much hard work, pay million to record songs which they don’t make, spend a lot of money to promote the songs on television and on radio and everybody downloads it for free. Very few people buy the CD’s” Jon Germain told The Weekend Globe in an interview, warning that the music industry cold perish if the trend continues.

He said beyond the crippling challenges presented by pirates in the music industry, event organizers are also another set of people who have virtually become leeches, sucking away blood from already over drained musicians.

“There are artistes who have got major hits but they talk to you and you feel like crying, because they’ve got hits on radio and everybody thinks this is their time and they are almost on every show but…event organizes call them and tell them, ‘come perform and promote your song’ and they do it because they want their song to be bigger, hopping they would get something bigger but it doesn’t happen.

“Musicians in Ghana hustle too much” worried Germain said bluntly, adding: “…So if you don’t become as big as Sarkodie and get the guts to say I’m doing my own show, you’d be hungry for a long time and it’s sad.”

Germain, one of Ghana’s creative minds, recently released a new single after a successful entry into the Ghanaian music scene with his first album This Is Who I Am in 2009.

He has hinted that the release of his second album would most likely be his last looking at the poor nature and the lifestyles of musicians in Ghana.

Germain, who was signed on an American record label known as worldvuermusic.com after his first album, said he made history after he was further signed onto EMI records, the first by any African artiste. EMI records stars like Elton John and Linkin’ Park.

Unfortunately, he said, “a few months into the record signing, EMI records globally shut down so all the artiste who were on EMI…had to move to other record labels so it means my deal there died.

“But I’m still signed to EMI records who have told me that another record label is interested in my music but nothing really has come out of it. If that deal goes through then I’d record more songs but if it doesn’t go through and I’d still have to be recording in Ghana.”

Germain therefore called for a combination of efforts from all stakeholders to help fight all the negative factors undermining the progress of the music industry in Ghana.

The life of the Ghanaian musician was expected to leap into an age of prosperity after the formation the Ghana Music Rights Organization (GHAMRO). A new collective society formed to police and mange the rights of music owner,. But, a sustained rift between factions within the new body has crippled any hope of giving our musicians financial stability form royalties.