Ghana needs ‘graduates who are true and authentic leaders’ 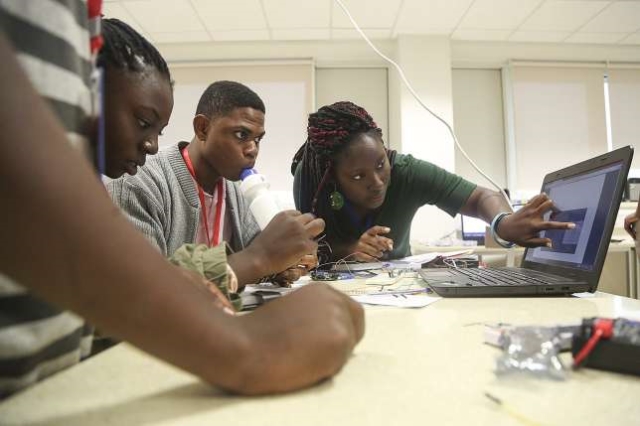 Professor Kwame Boasiako-Antwi, the Vice Rector and Dean of the Graduate School of Pentecost University, has urged graduates to be innovative and create a future for themselves instead of waiting on the government for employment.

“We need graduates who are true and authentic leaders, visionary and passionate about achieving results, graduates who are self-motivated and are not waiting for the future to come to them, unlike the members of the Association of Unemployed Graduates,” he added.

Prof Boasiako-Antwi gave the advice at the weekend in Accra at the Sixth Congregation of the Perez University College, where the students graduated with degrees in Business Administration, Biblical Studies, and Diploma and Certificate in Christian Ministry.

The ceremony was on the theme: “The Entrepreneurial University: A Model University for the 21st Century”.

Prof. Boasiako-Antwi said an educated and skilled human resource was critical for a country’s sustained economic growth and development.

He said higher education and training were important because of the responsibility for the search for the truth and creation of knowledge, which played a major role in today’s knowledge-based economies.

Prof. Boasiako-Antwi said entrepreneurship in higher education was now recognised as an important driver to creativity and innovation, adding that it was viewed as an appropriate response to succeeding in the highly turbulent and unpredictable economic environments.

He said the country needed capacity building in various facets of the economy to withstand the challenges of low savings and investments, over-dependence on one or two commodities for foreign exchange earnings and corruption.

Prof Boasiako-Antwi urged universities to inculcate in the students entrepreneurial thinking through governance structures and managerial policies and practices, since most of the universities were purely academics with little skills in business.

He said private universities could strategically respond better to the movement towards a Triple Helix Model of partnership between government, industry and higher education.

He explained the Triple Helix Model as interactions between academia, industry, and government and believed that private universities could develop tailor-made programmes to suit industry or government policy direction without much bureaucracy.

Prof. Boasiako-Antwi urged the Government to support private universities through the GETFund in the acquisition of teaching and laboratory equipment to support the science, technical, engineering and mathematics policy directive.

He charged the graduates to broaden their intellectual horizon to include multi-cultural aspects to be competitive in the global market.

“You need to think outside the box because creativity and innovation are the bedrocks of entrepreneurship, look around and think of fertile business grounds and open your own businesses,” he added.

Prof Joshua Owusu-Sekyere, the Rector of the University, said the institution was accredited by the National Accreditation Board affiliated to the Trinity Theological Seminary, Legon and the University of Cape Coast.

He said the University would soon introduce Bachelor of Science, Financial Security Management, Bachelor of Arts, Digital and Media Studies.

He urged the graduates to be ambassadors of the University and agents of change in their various fields of discipline.