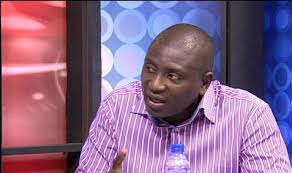 Speaking on Top Story, Thursday, Mr Opoku opined that government in its quest to resolve the issue of power outages should initiate a system that will seek to upgrade power supply infrastructure.

He was emphatic that the current crisis faced by the sector cannot be fixed within the shortest possible time regardless of the amount of money at the government’s disposal.

“We need to have a system where we have a yearly upgrade of our infrastructure. A systematic investment in our energy infrastructure is what we need.

“When you are in the problem, right now that the lights are going on and bulk supply are tripping even if Ministry of finance gives you 1 billion dollars today, you can’t solve it because you need to solve it over a period of time so it is not a quick fix,” he stated.

His comment comes after the Energy Ministry on Thursday issued a statement dismissing claims by the minority caucus on the current power outages.

Commenting on this, Mr Opoku indicated that the said proposal made by the ranking member is in line with the government’s initiative to address the challenges.

“For me, I think that the press conference that my brother Abu Jinapor gave was an advice and something that compliments what the ministry is doing. I mean I read the 10 points and I don’t see anywhere that there should be a disagreement with the government position.”

DISCLAIMER: The Views, Comments, Opinions, Contributions and Statements made by Readers and Contributors on this platform do not necessarily represent the views or policy of Multimedia Group Limited.
Tags:
Energy Analyst
Energy Ministry
Kojo Opoku
Power outages