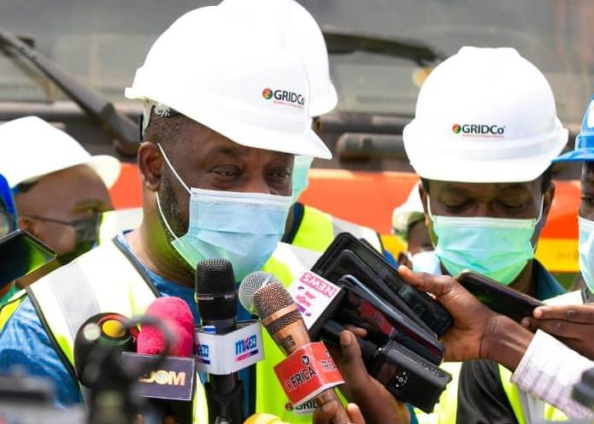 The Ministry of Energy has dismissed claims that the country is experiencing a nationwide load-shedding of electricity.

In a statement dated April 29, the ministry indicated that the current outages only affects some parts of the country and not the entire nation as purported by the minority caucus.

According to the Energy Ministry, areas within the environs of Accra and Kumasi are the ones facing these power crisis.

It attributed the intermittent outages in the said areas to ongoing projects which are to ensure a stable power supply for the country.

“For the record, there has been no nationwide load shedding in the country, neither has there been an attempt to embark on one because there is no need.”

This reaction comes on the back of a press conference, Wednesday, held by the Minority Caucus to discuss the government’s effort in dealing with the current load shedding.

Among other things, the NDC executives stated that current load shedding being inflicted on Ghanaians is as a result of mismanagement and unnecessary political interference by the Akufo-Addo government.

The former Deputy Power Minister, John Jinapor, alleged that the Ghana Grid Company (GRIDCo) had planned to publish a load shedding timetable for the country but was stopped by the government.

The Minister of Energy has also debunked the assertion that the government persuaded GRIDCo to suspend the publication of the ‘dumsor’ timetable.

It further revealed that the Pokuase timetable is out and will take effect from May 10 to May 17th, 2021.

Meanwhile, that of Kasoa is yet to be published and shall be released at the appropriate time when the necessary arrangements and consultations with relevant stakeholders have taken place.

“The only reason these outages are being carried is to allow for the contractors to tie in their works into the existing transmission lines. It is therefore false to claim, as the Minority in Parliament has, that political pressure has been brought to bear on the publishing of a load shedding timetable.

“The ministry shall not be drawn into a needless war of words that tends to politicise the situation. However, the ministry welcomes constructive feedback from all sections of our society,” the statement added.

DISCLAIMER: The Views, Comments, Opinions, Contributions and Statements made by Readers and Contributors on this platform do not necessarily represent the views or policy of Multimedia Group Limited.
Tags:
Energy Ministry
NDC Caucus
Power outages