The team beat Niger by 14 points to 5 in the third place play off.

The Ghana national team won both its Pool B matches against Benin (19 to 0) and Mali (15 to 0) to rank number one in the combined ranking with 34 points followed by Niger (19), Togo (2) and Mali (-2) who all proceeded to the semifinals.

In a ranking match, fifth-placed Benin managed to beat sixth placed Burkina Faso by 22 to 5 to secure fifth place ranking for the tournament.

In the first semifinal, Mali beat  Niger by 26 points to 0 while Togo beat Ghana narrowly by 22 points to 19. This set up a final between Togo and Mali while Ghana and Niger competed for the third place honors.

In a pulsating finale host nation Togo and Mali had 12 points each and after two extra time periods, Mali won the tournament with 17 points to Togo's 12.

The tournament was also not without some controversy as four complaints were lodged by the Ghana officials against Togo in the semi-final match.

The President of the Ghana Rugby Football Union (GRFU), Mr. Herbert Mensah, said he was satisfied that the players and technical bench gave their everything in an attempt to bring the cup home.

Mensah said: “Even though the Ghana officials at the event felt that Ghana was robbed of a shot at the title it is the nature of the game, and whether right or wrong, the decisions of the referee are final and we have to abide by that.”

“Ghana can be proud of the conduct both on and off the field of its national men’s sevens Rugby team and indeed of that of the whole Ghana delegation,” Mensah continued.

Mr. Herbert Mensah used the opportunity to praise the main sponsors of the Ghana team, Primex (producers of the Gino brand of products) and Interplast for their contribution and sponsorship and expressed the hope that other corporate bodies in Ghana will follow suit.

On his part, the head coach Mr. Simba Mangena said the disappointing result was not due to a lack of preparation or commitment from the players.

“Ghana amassed a total of 40 net points during the tournament while the winners Mali came a distant second with only 28 points despite having won the tournament,” Mangena said.

The net points tally of the other teams was dramatically less than that of the Ghana team with Benin managing to score only five net points followed by Togo (0), Niger (-16) and Burkina Faso (-38).

Points for Ghana were scored by the following players. 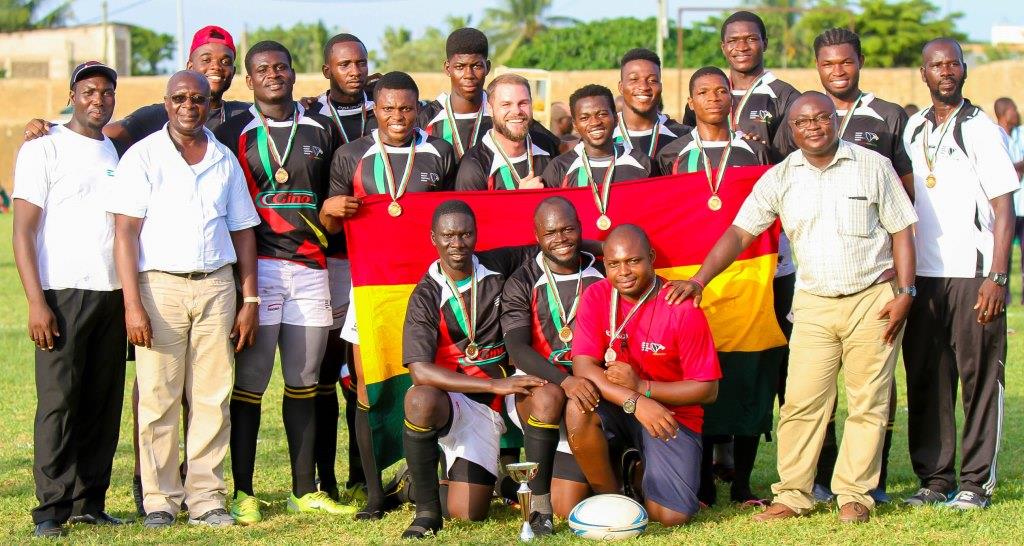 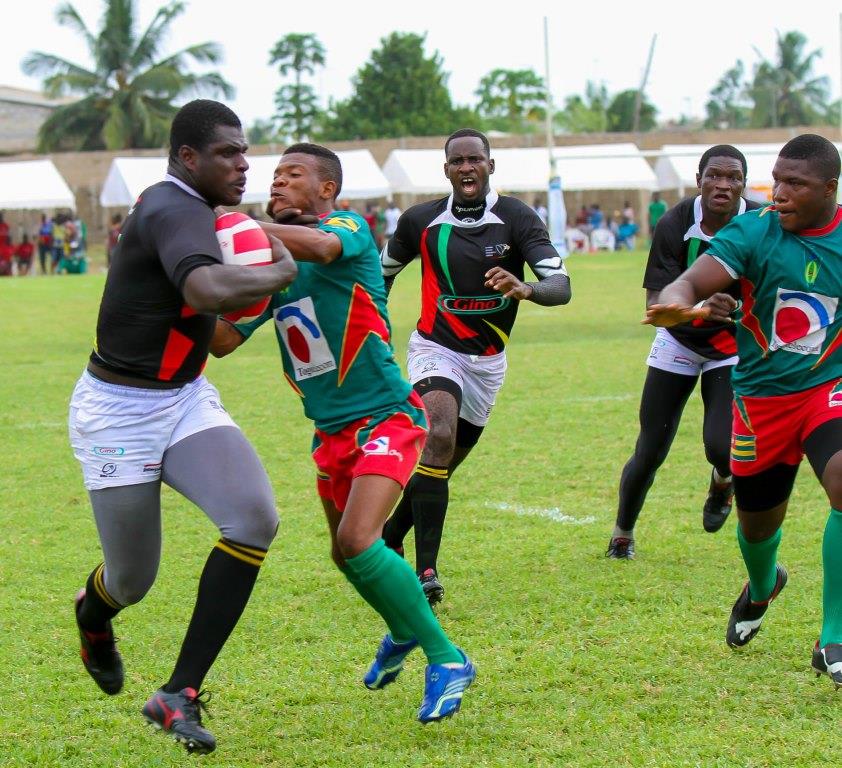