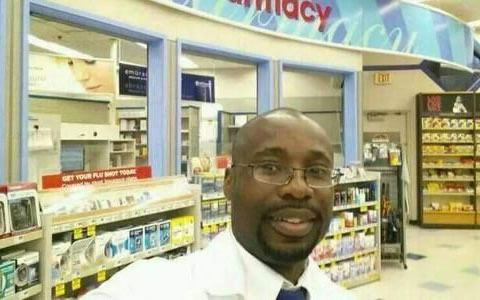 A Ghanaian pharmacist in the United States was shot in the face four times on Monday for allegedly refusing to sell prescription drugs to a customer who had no prescription note.

35-year-old Michael Nana Baffuor Addo was shot and killed by a male customer believed to be an Iraqi war veteran, who later shot killed a second victim, Daniel Rogers, within a spate of 15 minutes.

The two incidents led to the lockdown of schools and the indefinite closure of the Rite Aid store in the Frandor Shopping Center in Michigan.

The suspect, a customer at the Rite Aid pharmacy, has not been identified.

Growing up in Ghana, Addo, the father of an 11-month-old daughter, was always interested in medicine and eventually pursued a career as a pharmacist.

Nana Baffuor moved to London and later to Chicago before moving to the Detroit area for an internship, said his longtime friend George Nii Okaiteye who lives in Chicago.

"Mike was a type who was ambitious, he was looking to open his own pharmacy in Ghana," Okaiteye said.

"He loved people, he loved to make friends and basically he was a type who wouldn't argue."

Okaiteye said he was told that Addo was helping a customer who asked for a drug that he did not have a prescription for on Monday.

Addo told the man that he needed a prescription, and the man got angry, according to Okaiteye.

The man then went to his car and came back and shot Addo several times in the face, Okaiteye said.

Addo had a "million dollar smile" and was always bubbly, said Teresa Spears, of Lansing, who visited the Rite Aid store several times each week.

"He's one of the kindest people I've ever met. It's just been a tragedy. I've not been able to stop crying," she said.

Addo would ask regular customers about their families, and he didn't hesitate to walk customers to the aisle where they could find the remedy they needed.

"You look forward to going in there and seeing him because he just brightens your day," said Spears, who considers Addo part of her family. She has reached out to his family members.

Okaiteye said he heard from at least two or three of Addo's customers who reached out after seeing his comments on Facebook.

Mary Ellen Sheets, founder of Two Men and A Truck, said Addo was "super friendly" when she'd go through the Rite Aid drive-thru.