Ghanaian striker in Austria banned for reaction to racist insults 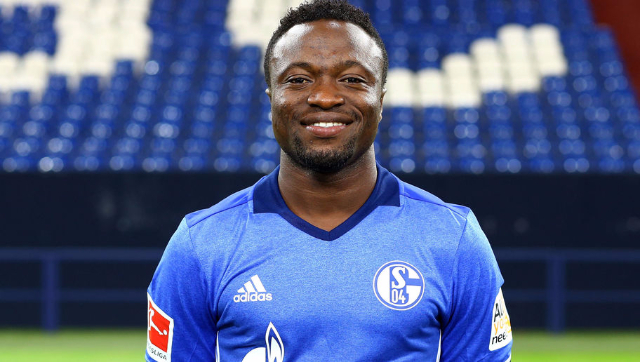 Ghanaian player Bernard Tekpetey has been banned after he was sent off for his reaction to alleged racist provocation from rival supporters during an Austrian Cup match.

The Austrian league’s disciplinary committee said that Tekpetey, who plays for top-flight club Altach on loan from Germany’s Schalke 04, was handed a two-match ban for unsporting behaviour in the match away to third tier Union Gurten.

The second match of the 20-year-old’s ban has been suspended for six months, the committee said in a statement.

Match reports in Austrian media said that Tekpetey scored from a free kick in extra-time and then made gestures to Gurten supporters who had been hurling racist insults at him.

The committee recognised that “the player was exposed to provocation and this was taken into account in the judgement”, but it found “no obviously wrong disciplinary decision” by the referee.

Meanwhile, the Austrian federation (OeFB) said it had opened its own case against Union Gurten.

“The OeFB strongly condemns, as a basic rule, any form of racism,” said general secretary Thomas Hollerer in a statement. “Our organisation stands for diversity, tolerance, and integration in all areas.”

Union Gurten confirmed in a statement that the game was “briefly interrupted by racist chanting from the public”. It condemned their behaviour and said it would try to find out who the fans were and ban them from the stadium.

Tekpetey’s fellow Ghanaian Sulley Muntari was sent off after complaining to a referee and then walking off the field in protest at racist chants during a Serie A match for Pescara at Cagliari last season.

He was given a one-match ban, which was later overturned, while no action was taken against Cagliari on the grounds that only 10 supporters were involved.

Tekpetey was in the Ghana squad for the 2017 Africa Cup of Nations.