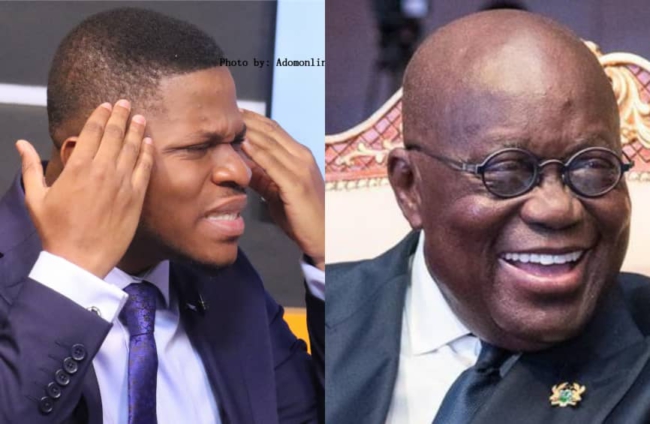 The National Democratic Congress (NDC) says President Akufo-Addo’s latest assurance to deal with his appointees alleged to be involved in galamsey activities cannot be taken seriously.

For the party, that is also a “useless rhetoric” of President Akufo-Addo. As such, it should be ignored completely.

According to the NDC, President Akufo-Addo has not demonstrated enough commitment to deal with party bigwigs behind the illegality.

The National Communications Officer of the NDC, Sammy Gyamfi said at a press Thursday, October 6, at the party’s headquarters.

For him, the President must back his “rhetoric” with action if he wants to be taken seriously.

“President Akufo-Addo’s comment on this matter shows clearly that he hasn’t repented from shielding his officials who are engaged in illegal mining and proves what a walking contradiction he is, as he continues to skirt around this very important issue”.

“The Ghanaian people are simply tired of the President’s cocktail of empty and useless rhetoric on this subject of galamsey.

We are saying to him today, that it is either we begin to see action on his part or he should simply spare us his empty talk”, he stressed.

Mr Gyamfi added that President’s resolve to end the menace is a “complete 419 scam”.

President Akufo-Addo on Wednesday, at a closed-door meeting with the National House of Chiefs and Metropolitan, Municipal, and District Chief Executives over the canker.

But the NDC has asked Ghanaians to ignore this assurance.

DISCLAIMER: The Views, Comments, Opinions, Contributions and Statements made by Readers and Contributors on this platform do not necessarily represent the views or policy of Multimedia Group Limited.
Tags:
Akufo-Addo
Galamsey
Government
NDC
Sammy Gyamfi