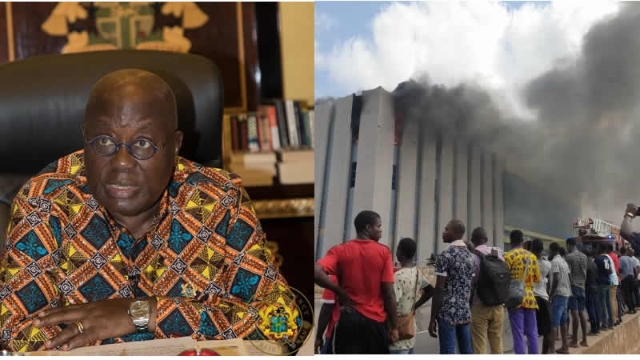 Ghanaians react to the fire that gutted the GRA Head Office Annex and President Nana Akufo-Addo’s announcement on Sunday that the referendum to amend Article 55(3) of the Constitution has been cancelled.

The referendum to cancel the exercise, according to the President, is to enable further consultations with key stakeholders and the public in general. Amendment of the article would have allowed political parties to take part in district-level elections.

The GRA fire took over five hours to contain and caused major damage to the edifice. Four firefighters were got injured.

We bring you live comments on the two issues.