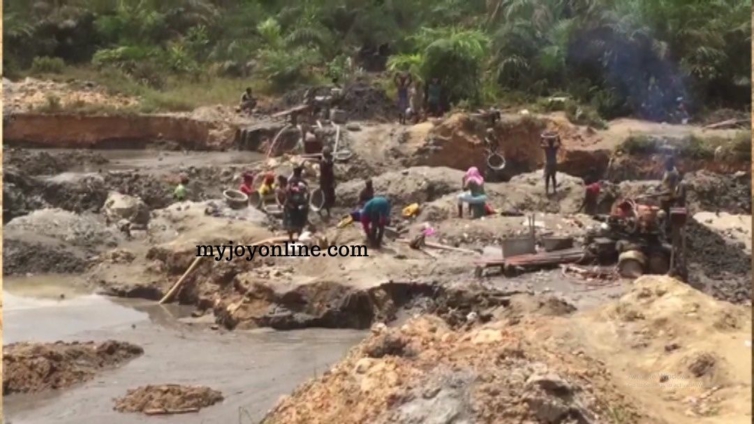 Ghana, like many other progressive nations across the globe, may be a signatory to the International Labour Organization’s Worst Forms of Child Labour Convention, adopted in 1999. But while current and successive leaders of the West African nation get busy with being signatories to resolutions with international partners with pledges to reduce, if not eliminate the phenomenon, the retrogressive practice appears to be flourishing particularly in communities where hazardous labour is rife.

At the last count in Ghana, for instance, it is estimated that the country currently has some 1.9 million engaged in various forms of child labour, out of which, an estimated 1.2 million are used by their paymasters in a hazardous environment.

As they remain in the shackles of their master with a rather dim light at the end of the grim tunnel, their rights to free movement and education have violently been ripped out of their hands by the violent claws of their masters in a country that has joined the global campaign against the worst forms of child labour.

A good number of the minors who helplessly watched their right to education evaporate into thin air made no effort to get that right back. They’ve now graduated and control their own mining enclaves at the many hazardous working environments including unregulated mine sites, employing the services of minors who appear to be walking in similar bleak footsteps.

“My parents didn’t have money to pay for my school fees so I decided to join my peers at the mine site only to discover how lucrative it was. A lot of people who disrespected me started showing me respect because I made some money by providing services to the miners back then’’ Burna Boy, a former child miner told me.

You aren’t alone if you’re wondering where their parents were when they were growing up. A good number of the minors I engaged share the same sentiment about their fathers missing in action; leaving them with no option but to go to the mine site.

Adadum is a small mining town in the Ashanti region of Ghana. Until recently, it served as a safe haven for child labourers and their masters. From broken homes, minors as young as twelve engage in the illegal mining activity as ‘loko’ boys. ‘Loko’, derived from the word locomotive. The Loko boys’ responsibility is to transport both waste and gold ore to and from underground tunnels and also send inputs that may be needed by the miners deep down the pits.

Sheds made from iron sheets and or palm fronds, and makeshift structures sitting on underground tunnels are common spectacles at the many unregulated mine sites; endangering the lives of innocent minors, a number of whom have died after falling into un-reclaimed mined out pits.
With very little capital, a number of the illegal miners resort to the use of ‘Appropriate Technology’, usually crude means of digging for gold because they do not have the financial muscle to acquire sophisticated mining equipment.

The older generation of Adadum who dropped out of school to jump into the pits are passing the baton of getting rich early to the new generation; getting them to either skip or completely follow their footsteps by quitting school.

A 14-year old first year Junior High School pupil of Wai Adu Asare basic school in Abadum, Addae, started fending for himself at the age of twelve through Illegal Mining popularly known as galamsey. ‘’My mother didn’t have enough money to take care of me and to put me through school so it was with her consent that I went to the mine site to start mining at the age of 12’’
Now fourteen years, Addae is still contemplating whether or not to go back to the mine site after JHS. ‘’Because my father is not around to take up his responsibilities, I foresee a situation of going back to the mine site after JHS to help the miners in order to raise some money to sponsor my Senior high school education.”

Apart from the setback in education, skipping school for the mines has also taken a toll on Addae as he tells me about what has become routine headache and bodily pain; repercussion of carrying heavy loads at the mine site.

I also caught up with 15-year-old Felicia. Unlike Addae, I gathered from my conversation that Felicia migrated from the Volta region to the Abadum community with her parents in 2016 and with their consent; she quickly joined the many child labourers at the many mine sites in this community; shredding their future prospects.

The widespread practice here was that orphan children between the ages of ten and twelve were forced into premature adulthood by jumping from their classrooms to the many unregulated mine sites dotted around the area noted for the rich deposit of the precious mineral; gold.

Many pupils in the enclave have dropped out of school for the mines. A deadly incident involving one of the children who died after falling in a mined-out pit forced adjoining schools to step up efforts to eliminate the child labour phenomenon by enrolling younger children.

According to the Child Labour unit of the department of social welfare that confirmed the one million nine hundred thousand statistic of child laborers in Ghana to Joynews’ Latif Iddrisu, that number could even be more.

Responding to questions about the widespread nature of the phenomenon, head of the unit at the Employment and Labour Relations Ministry Madam Elizabeth Akambombire said ‘’because we don’t have staff in all the districts across the country, and in the areas where we have them, there isn’t enough logistics for them to go to areas where the practice is. Even sometimes papers to write on becomes a problem’’.

With these grim statistics, the question remains how Ghana plans to rope these victims into its developmental plan so that at least they can enjoy their childhood years. The children enjoying that right will also translate into the country realizing the Sustainable Development Goal 7 which requires every child to get access to basic education, and Goal 8 which encourages nations to take immediate and effective measures to eradicate forced labour.