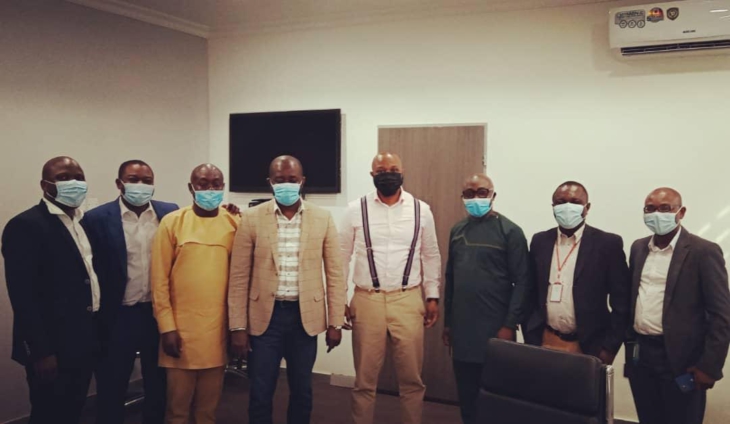 The Beach Soccer Association and the Ghana Football Association (GFA) have settled their differences after an initial impasse, confirming the withdrawal of the Black Sharks from the 2020 Africa Cup of Nations (AFCON) qualifiers.

Ghana’s beach soccer national team were scheduled to play Uganda in the (AFCON) qualifier but later found out they had withdrawn from the competition.

Yaw Ampofo Ankrah, who is the president of the Beach Soccer Association described the situation as treason. Ankrah only heard of the news from their counterparts Uganda and expressed his disappointment at Kurt Okraku and his administration.

After a long meeting on Monday, both parties called a truce and admitted that there were communication gaps which resulted in the unfortunate incident.

During the meeting, the GFA explained that the current closure of beaches was a key factor in withdrawal of Black Sharks from the qualifier against Uganda.

This was revealed to Joy Sports by Competitions Committee Chairman Ankrah following a lengthy meeting with the GFA President, the General Secretary and members of the national team committee on Monday.

“The main reason Ghana withdrew according the GFA is that beaches were still closed in the country. Therefore making it difficult to host Uganda in the return leg. The other reason was that the GFA feel insufficiently briefed on the details of the qualifiers.”

Ankrah said there have been some positives from the meeting and he’s sure this situation will not repeat itself.

“The positives we can get from is that we have come to the conclusion that this must not happen again. Communication broke down completely and I have to take responsibility for that unfortunate circumstance. The FA has also admitted that there was a gap in the communication. We have to make sure that sponsors and the potential sponsors have to be assured that this will not happen again.”

Ankrah added that the association has met the beach soccer team and conveyed the message alongside the way forward.

“We’ve just met the team at the beach and conveyed the message to them. We have assured them that we will continue to fight for them and will make sure that their interests are protected.”

The situation means that the Black Sharks have now failed to participate in the last two beach AFCONs with their last appearance coming in 2016.