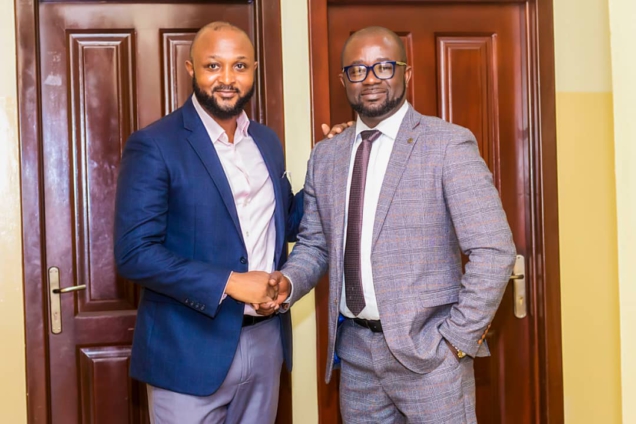 Last year, Kurt Okraku expressed his undiluted support for beach soccer pledging his association will pay attention to the development of beach soccer in Ghana.

Ankrah feels betrayed by Okraku after news emerged that the GFA wrote to CAF stating that the country would be unable to participate in the upcoming qualifiers on the blind side of the Beach Soccer Association.

The Black Sharks, Ghana’s beach soccer team had resumed camp two weeks ago and were intensifying preparations for their must win two-legged tie against Uganda.

However, Ghana only found out about their withdrawal from Uganda who received the communique from Caf.

Ankrah expressed his disappointment in an exclusive interview with Joy Sports stating that his association feel betrayed.

“My committee has not been notified of Ghana’s withdrawal and I am dismayed after finding out. I’ll call this treason because you don’t betray these players and the team without reason. There isn’t any excuse at all because our players have been training under strict protocols with respect to Covid-19 and we have mobilized enough funds to play these qualifiers.”

The president of the Beach Soccer Association then went on to express his displeasure with Okraku and the GFA especially after the two associations went into a partnership months ago.

“This decision by the FA is a travesty of justice. I hold Kurt Okraku responsible because this is not we signed up for when we decided to go into a partnership. This is what we were against because if the GFA is not ready to help us move forward in Beach Soccer, let us continue with our struggles.”

The Black Sharks were scheduled to face the Sand Cranes of Uganda on March 27 in Kampala City. However, it remains unclear whether the qualifier will still take place.