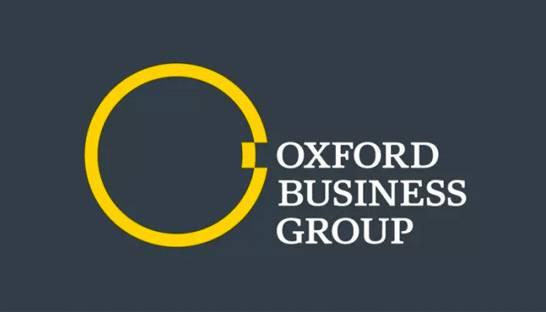 Ghana’s economy is forecast to expand by 5.8% in 2022, the Oxford Business Group has disclosed.

This follows a challenging two years against the backdrop of the COVID-19 pandemic as the country works to implement fiscal-consolidation measures.

“As Africa’s largest miner of gold, the world’s second-largest producer of cocoa and one of the continent’s most promising hydrocarbons players, Ghana has seen healthy growth in recent years. The country weathered the Covid-19 pandemic better than many of its regional and income-level peers, and is forecast to record significant GDP growth in 2022, in part because Ghana’s political stability continues to make it a safe haven for foreign investment”, it pointed out in its March 2022 Ghana Economic Outlook report..

While Ghana continues to capitalise on its hydrocarbons potential, the Oxford Business Group explained that the country is also focused on developing other key sectors.

Growth of the ICT sector will also remain a priority due to its importance in national digital and industrial development plans to transform the economy.

Also, it explained that efforts to align artisanal and small-scale mining with best practices are expected to attract investment, as should the expanding role of technology in agriculture aimed at boosting productivity and efficiency.

The report further said in the years preceding the pandemic, Ghana showed robust Gross Domestic Product (GDP) growth rate, which jumped from 2.1% in 2015 to a high of 8.1% in 2017 at constant 2013 prices.

In March 2019, Ghana completed its International Monetary Fund (IMF) extended credit facility programme, with the Fund commending the Ghanaian authorities for a “strong economic performance” that is laying the groundwork for sustainable future growth.

A key move in this regard was the implementation of the 2018 Fiscal Responsibility Act, which led to stronger regulation and supervision in the banking and financial sector.

Ghana’s full cooperation with the Financial Action Task Force (FATF) against money-laundering and terrorism financing was also praised. This resulted in Ghana being removed from the FATF’s “grey list” in June 2021.

The Bank of Ghana revealed in its March 2022 Summary of Economic and Financial Data that the economy expanded by 6.6% in the third quarter of last year.

This is higher than the 5.1% recorded in the second half of 2021, signifying that the economy grew strongly last year, perhaps higher than most forecasts, despite the existence of COVID-19 pandemic

From the figures, the half-year growth rate of the country in 2021 was stronger than the provisional figures released by the Ghana Statistical Service, which pegged the second quarter growth rate at 3.9%.

For the sectors, the services sector recorded the highest growth rate, expanding significantly by 13.4% in the 3rd quarter of 2021. It was followed by the agriculture sector, which grew by 9.2%.

DISCLAIMER: The Views, Comments, Opinions, Contributions and Statements made by Readers and Contributors on this platform do not necessarily represent the views or policy of Multimedia Group Limited.
Tags:
BoG
GDP
Ghana Statistical Service
IMF
Oxford Business Group