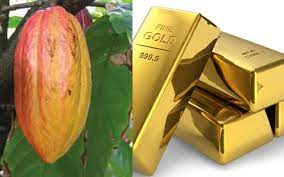 Ghana’s international reserves remained at a low 2.9 months of import cover in October 2022.

According to data from the Bank of Ghana, net International Reserves, which exclude encumbered assets and petroleum funds, stood at $2.84 billion in October 2022.

This is compared with the September 2021 position of $2.66 billion, also equivalent to 2.9. months of import cover.

Net international reserves have been declining from $6.07 billion in January 2022, about 4.4 months of import cover, largely due to the liquidation of investments by foreign investors.

Meanwhile, Ghana recorded a trade surplus of $1.87 billion in October 2022, about 2.8% of Gross Domestic Product.

This far exceeded the surplus of $1.02 billion recorded during the same period in 2021.

According to the Bank of Ghana’s Summary of Economic and Financial Data, this was driven by higher receipts from crude oil and gold.

Crude oil exports totalled $4.61 billion in October 2022, higher than the $3.10 billion recorded in October 2021. This is mainly due to price effects.

Gold export earnings also went up by 26.4% to $5.33 billion, supported by increased production volumes triggered by the positive response from small-scale gold exporters.

Meanwhile, total imports increased by 11.79% on a year-on-year basis to $12.45 billion. This was mainly driven by higher oil and gas import bill.

DISCLAIMER: The Views, Comments, Opinions, Contributions and Statements made by Readers and Contributors on this platform do not necessarily represent the views or policy of Multimedia Group Limited.
Tags:
BoG
Cocoa
Crude Oil
Reserves
Trade Surplus