Ghana’s Second Lady to attend WHO Meeting on energy 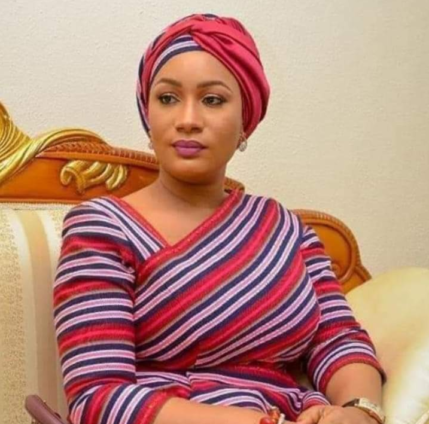 The Second Lady, Mrs. Samira Bawumia, is scheduled to participate in the second meeting of the High-level Coalition on Health and Energy under the auspices of the World Health Organization (WHO).

The programme would take place on Friday, October 7, in Geneva to offer a platform for Coalition members to devise ways of accelerating clean cooking and electrification of healthcare facilities in different countries.

The Second Lady replicated her impactful leadership under her Empowerment and Humanitarian Projects (SEHP) with significant contributions towards the adoption of the Strategic Roadmap at the Coalition’s first meeting, earning her plaudits from the Director-General of WHO, Dr. Tedros Adhanom Ghebreyesus.

In 2019, Hajia Samira was acknowledged as the first of seven individuals honoured by the Sustainable Energy for All in conjunction with Ashden.

It highlighted her efforts toward the United Nations’ Sustainable Development Goal (SDG 7) to ensure access to modern, reliable, renewable and affordable energy for all by 2030.

Again, Mrs. Bawumia was made an Ambassador for the Global Alliance for Clean Cookstoves and joined other imminent leaders such as the late former UN Secretary-General Kofi Annan to work with the Alliance and its partners to raise awareness on household air pollution and encourage broader adoption of clean cooking solutions in developing countries in a bid to create cleaner environments and eradicate deaths caused by pollution from the burning of solid fuels for cooking.

The WHO estimates that over 2.4 billion people worldwide, about a third of the global population, cook using open fires or inefficient stoves fueled by kerosene, biomass (wood, animal dung and crop waste) and coal, which generates harmful household air pollution.

Household air pollution was responsible for an estimated 3.2 million deaths per year in 2020, including over 237, 000 deaths of children under the age of five.

To put it into perspective, household air pollution resulting from the inefficient use of clean fuels and technologies claims lives more than the total number of deaths from HIV/AIDs, malaria, and tuberculosis combined.

Most of these people are poor and live in low- and middle-income countries with highly skewed access to cleaner cooking alternatives.

It is in this vein that Second Lady, Hajia Samira has stepped up efforts with her not-for-profit organisation, SEHP, to address the situation.

The WHO Director-General convened the High-Level Coalition on Health and Energy in 2019 to strengthen the cooperation between health and energy sectors, increase political momentum, spur investments, mobilise public support and drive practical solutions.

The Coalition hopes to expand its membership to execute its mandate for maximum global impact.

DISCLAIMER: The Views, Comments, Opinions, Contributions and Statements made by Readers and Contributors on this platform do not necessarily represent the views or policy of Multimedia Group Limited.
Tags:
Samira Bawumia
Second lady
WHO