Girls should be empowered to resist abuses, including child marriage – KATH Psychiatrist 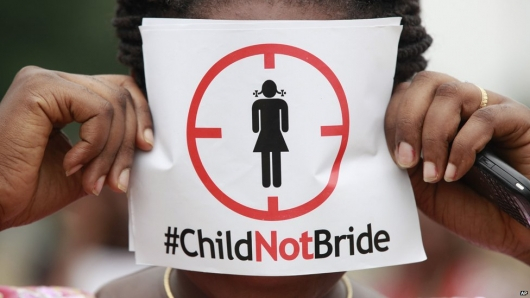 Head of the Psychiatry Unit at the Komfo Anokye Teaching Hospital (KATH), Dr. Ruth Owusu-Antwi has reiterated calls for girls to be empowered to voice out acts of violence committed against them.

Speaking on the Super Morning Show, on Wednesday, she emphasised that the rate of abuse of the rights of girls can significantly be reduced if they are taught how to resist such acts right from the onset.

“I’ll put education on top. I think every child should know what their rights are, what it means to be abused emotionally and physically, and some of this education should be inculcated into the routine Ghana Education Service (GES) teaching materials.

“If they feel their families are subjecting them to abuse, they should report them to the Domestic Violence and Victims Support Unit (DOVVSU). It should be included in the teaching syllabus at an early stage right from primary to upper primary, girls should be empowered to know when to say “No“ and be informed about the clear guidelines on how to get help when they find themselves in any kind of abusive relationship,” she stated.

She noted that considering the impact of child marriage on the victims, rescuing them is not enough.

“Child marriage has a lot of detrimental effects on the mental health of its victims. It usually leads to depression, anxiety, post-traumatic stress, and loss of self-esteem for these girls.”

Hence, “it’s not enough to rescue these girls. The mental health of these girls who have been rescued from these marriages should not be forgotten [otherwise] you may have physically only rescued the victim but mentally, she’s still in bondage and so the state will do better if, beyond the rescuing, they link these girls to mental health professionals who will be able to undo the psychological harm that has been done them,” she emphasised.

She added that children should not be forced into early marriages because they failed their Basic Education Certificate Examination (B.E.C.E) or their West African Senior Secondary Certificate Exams (WASSCE). Instead, she advocated for girls to be empowered economically.

“If they do not pass their BECE or WASSCE exams that should not be the end for them. Simple trades, simple apprenticeship, should be made available to them so that they can still be economically empowered so that some big man somewhere does not say that marry me so that I’ll take care of you,” she said.