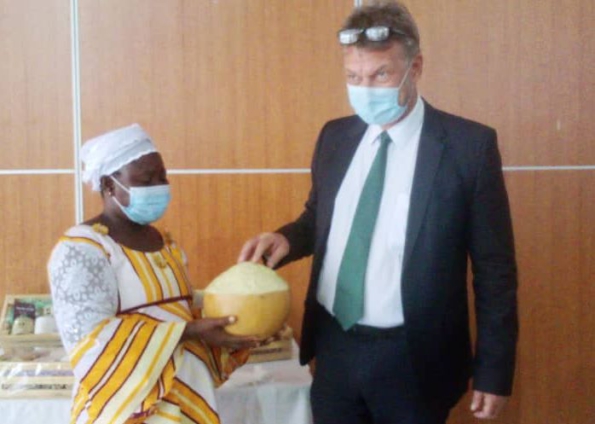 The Global Shea Alliance (GSA) and ‘Invest for Jobs’, an initiative of the German Federal Ministry for Economic Cooperation and Development has launched a 1.15 million Euro project for women in the shea business.

The two-year project is designed to improve women shea collectors’ capacity and promote investment in the shea value chain in Ghana.

The 30,000 women are set to benefit from the 1.15 million Euro project in Northern Ghana through training, job creation and investment.

The Shea industry is an area dominated by women especially in the rural areas and most of these women derive their livelihood from either picking or processing the shea.

Speaking at the launch of the project in Tamale the Managing Director of Global Shea Alliance, Aaron Adu said women cooperatives are key stakeholders in the empowerment agenda of the GSA.

He added that participation of both rural and urban women in the shea sector in general increase their economic independence through the income they generate.

Mr. Adu said about 600,000 women in Ghana collect and process shea across the six northern regions.

The Savannah Regional Minister, Saeed Muhazu Jibril said the project will go a long way to empower women in the shea business.

“80% of Africa’s shea exports are currently sold as raw nuts to large industrial processors; this training project will equip our women collectors and processors in adding value to the shea products which will translate into increased household income” he said.

DISCLAIMER: The Views, Comments, Opinions, Contributions and Statements made by Readers and Contributors on this platform do not necessarily represent the views or policy of Multimedia Group Limited.
Tags:
Aaron Adu
Global Shea Alliance
Northern Ghana
Saeed Muhazu Jibril
Shea