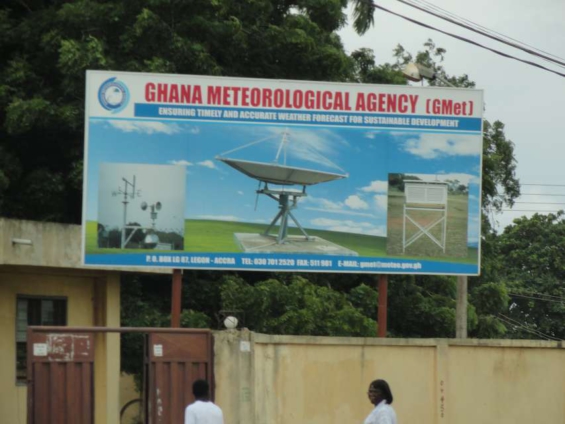 The Ghana Meteorological Agency (GMet) has demanded immediate payment of over ¢80 million owed it by the Ghana Civil Aviation Authority (GCAA) and the Ghana Airports Company Limited (GACL).

According to GMet’s Director-General, Eric Asuman the amended Act of the Meteorological Agency enjoins the two organisations to pay his agency a percentage of every fee they charge in their operations.

However, the duo have refused to make the payments since the Act was passed in 2019.

“We are supposed to do a reconciliation with them and we have done exactly that. We have written to them but they have not been cooperating that much. So when we ‘cry and cry and cry’, they throw something at us.

“But that is not what we are looking for. It is the law that must be complied with. So what does the law say?” he said.

In an interview with JoyNews, Mr Asuman said despite efforts by GMet to retrieve monies owed them, the organisations keep “giving excuses” to escape payment.

“Ghanaians were aware of their challenges and they gave them the law. We [GMet] also have challenges that is why this Act was enacted, so you can’t use your challenges to deny us, what Ghanaians have given to us,” he noted.

But the Director-General of the Ghana Civil Aviation Authority, Charles Kraikue has refuted claims that the Authority owes GMet to the tune of ₵80 million.

While admitting that an amendment was made to the Act of the Meteorological Agency, Ing. Kraikue said the parties involved are still interacting on the amount due GMet.

“We’ve had a meeting with GMet including the Director-General himself and we agreed that we were going to do a reconciliation of the figures so the finance teams of all organisations have been meeting and are yet to come out with a figure.

“So I am surprised that he is mentioning figures; ₵60 million and ₵80 million. I have never seen those figures. So until they conclude on it, we have no figure,” he stressed.