GMOs have a place in African Agriculture - WACCI Director to African gov'ts - MyJoyOnline.com 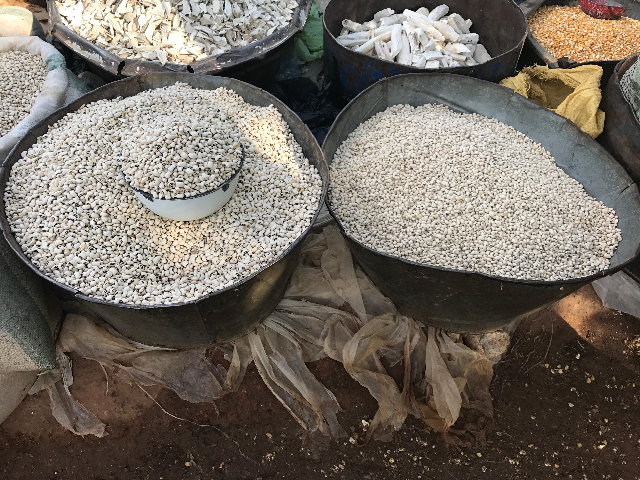 The founding director of West Africa Centre for Crop Improvement (WACCI) at the University of Ghana, has called on African governments to open the doors for the cultivation and use of genetically modified crops to address the food and nutrition insecurity challenges on the continent.

Professor Eric Danquah said the challenges of agriculture in Africa complicated by increasing stresses, both biological and physical will worsen due to the impact of climate change.

Prof Danquah said this on the sidelines of a maize value chain workshop at the Holy Trinity Spa and Health Farm, Sogakope, Ghana.

Over 60 participants from key institutions from the public and private sectors participated in the workshop.

The workshop, organised by WACCI under its one million dollar African Union-European Union project was on the theme: “Strengthening the Maize Value Chain for Increased Productivity in Ghana”.

He lamented over the delay in the passage of the National Research Fund Bill in Ghana.

“The need for farmers to access innovation was urgent and called for investments in the maize value chain.

“How can we put innovation in the hands of farmers when none of the scientists from the Crops Research Institute, Fumesua, the Savannah Agricultural Research Institute, Nyankpala, Plant Genetic Resources Institute, Bunso and the Universities in Ghana assembled at this workshop have received research funds for many years, he asked?.

The Director intimated that globally GMOs have a long and storied history and have made life easier for farmers and brought prosperity into their lives by improving livelihoods and impacting nations and called on Civil Society groups campaigning against them to end the incoherent approach to the advancement of science and technology.

He said that the opposition by the Civil Society groups is not based on the evidence available and it is important that all actors in this matter opened joint conversations to chart a path that is informed by evidence and common sense.

“WACCI will, in the New Year organize workshops on GMOs and other emerging technologies to educate the public about the power of science and technology” he added.

Borsutie Jawol Suraj, Upper West Regional Focal Person for Peasant Farmers Association noted that the Association was not against GMOs and new scientific technologies, however, the issue had been the kind of technology being adopted.

“The technology should be able to help small farmers, who constitute about 90% of the farming population in Ghana” he added.