Godfred Dame debunks claims of disenfranchising the people of SALL 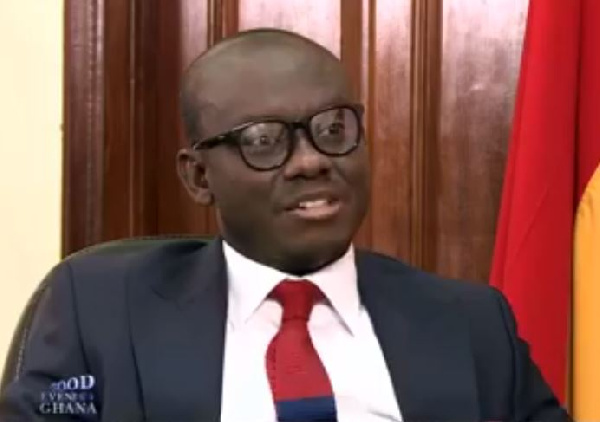 The Attorney General-designate, Godfred Yeboah Dame has debunked claims that he led a campaign to disenfranchise the people of SALL.

According to him, his purpose was to ensure that the right of the people to vote were preserved.

His comment comes after he was called out publicly supporting the motion to prevent eligible voters within areas of the newly created district, i.e Santrokofi, Akpafu, Likpe, and Lolobi (SALL), from participating in the 2020 Parliamentary elections.

The people of SALL were only allowed to take part in the presidential election but could not vote in the parliamentary election because a constituency had not yet been created for them, and hence do not have any representation in the 8th parliament.

Explaining the reason for this, the Electoral Commission (EC) in a statement dated 6th December 2020 said the SALL residents who happen to fall within the Guan District could not vote in the parliamentary elections because the constituency that should have been created for them had not been done.

Godfred Dame in the month of January 2021, went to court to challenge the EC’s proclamation that prevented the people of SALL from electing a Member of Parliament of their own.

He told the Supreme Court that he believes the residents of SALL should have been allowed to vote in the Parliamentary elections contested in the Buem Constituency.

If given the nod as Attorney-General, he promised to fight for the people of SALL to enable them vote.

“If by the grace of God this Honourable House approves of my nomination, I will ensure that the people of SALL vote where they are supposed to vote.”

DISCLAIMER: The Views, Comments, Opinions, Contributions and Statements made by Readers and Contributors on this platform do not necessarily represent the views or policy of Multimedia Group Limited.
Tags:
Appointments Committee
Attorney-General designate
Godfred Dame