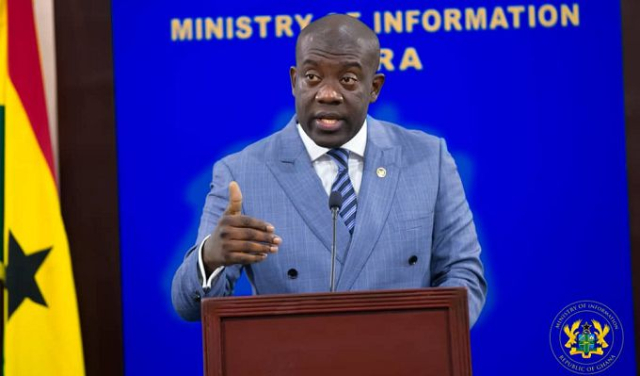 The Ministry of Information in collaboration with the Bono East Regional Coordinating Council is scheduled to hold a Town Hall Meeting in Techiman, the region’s capital, on Monday.

The event is part of a series of Town Hall Meetings being spear-headed by the Information Ministry.

In a statement, the Ministry said the meeting, expected to take place at the Techiman campus of Valley View University, is part of “government’s effort at disseminating information to the citizenry.”

The theme for the Monday event is “Accounting for Financial Sector Resolution, Jobs and Agriculture.”

The Meeting will feature presentations from various sector Ministries such as Food and Agriculture, Finance, Employment and Labour Relations and Regional Re-Organisation and Development, Deputy Information Minister, Pius Enam Hadzide wrote in a statement.

“Other state agencies that will make presentations at the meeting include the National Food and Buffer Stock Company, Nation Builders Corps (NABCO), Youth Employment Agency, Securities and Exchange Commission and the Bank of Ghana,” he added.

All eleven Municipal/District Chief Executives in the Bono East Region, according to the Deputy Minister, “will also make evidence-based presentations on key developmental projects within their various MMDAs.”

A photo exhibition of the several flagship projects embarked upon by government will also be mounted at the venue.

Bono East is one of the six new Regions that were created in a referendum in December 2018.

Bono East was carved from the former Brong Ahafo Region alongside Ahafo Region. What is left of the former entity is Bono Region, with Sunyani as its capital.

DISCLAIMER: The Views, Comments, Opinions, Contributions and Statements made by Readers and Contributors on this platform do not necessarily represent the views or policy of Multimedia Group Limited.
Tags:
Techiman
Town Hall Meeting