Government has been reckless with Covid-19 – Senyo Hosi 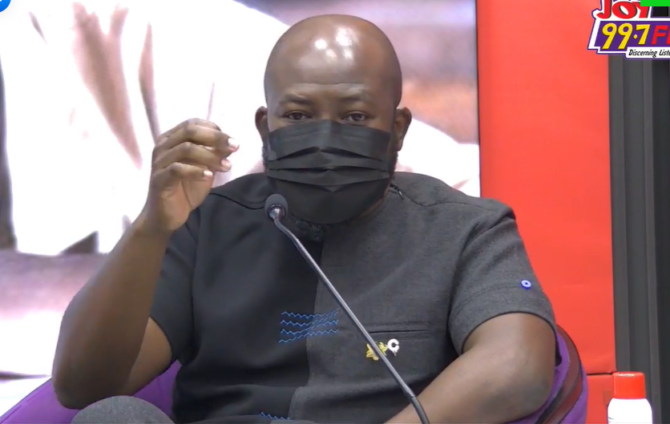 Chief Executive Officer of the Ghana Chamber of Bulk Oil Distributors, Senyo Kwasi Hosi has described the Government of Ghana as being reckless and deliberately under-reporting the active cases of the Covid-19.

According to him, the leaders of the country have failed in the effective management of the pandemic and are responsible for the hike in the number of infected persons.

“There has been very weak leadership in the management of Covid-19 because we have not had a good example.

“There has been no tracing, we need to get back our tracing, almost nobody is traced by the State system today, tracing has not been happening and it is deliberate.

“It will be dishonest on anybody’s part to come and look in anybody’s face [Public] and say numbers are low when we are deliberately not tracing to suppress the numbers,” he said.

He further accused the Government and its leaders of suppressing official data on Covid-19 in order to look good in the eye of the public and the international community.

According to Mr Hosi, he is at a loss as to why the government would withhold real data from Ghanaians.

“I don’t know when the Covid-19 numbers become Key Performance Indicators (KPI) for any government, that nonsense must stop. Nobody should consider Covid matters as a KPI.

“What we want to see is responsible governance, open information and be honest about the data, because people react to that data when people are seeing that the data is coming down, people will generally feel that the pandemic is going,” he added.

Stressing that, “when you are not letting people know the real story, people will not act appropriately.

Mr. Senyo Kwasi Hosi also advised government officials to lead the citizenry by example, as “we can’t have political leaders and leaders of our country that we all look up to not enforcing and adhering to protocols.”

“You see a senior government Official organizing parties big time and you are saying that I shouldn’t organize my parties nor funerals. Only this weekend alone, how many funerals did our politicians attend?” he quizzed.

“We put people into office to show proper leadership and ownership of the entire State situation. I don’t think Government has been optimum. Government has failed the people on this particular part of it, they have not been a good example,” he said.

DISCLAIMER: The Views, Comments, Opinions, Contributions and Statements made by Readers and Contributors on this platform do not necessarily represent the views or policy of Multimedia Group Limited.
Tags:
Akufo-Addo on Covid-19
Covid-19
Ghana Chamber of Bulk Oil Distributors
JoyNews
Senyo Kwasi Hosi