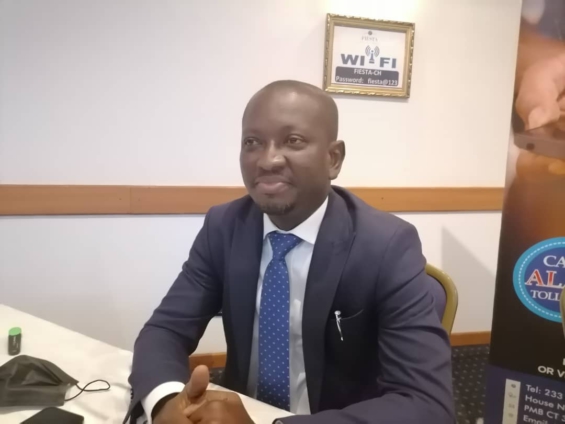 Deputy Attorney-General, Alfred Tuah-Yeboah says government has rolled out tighter measures to deal with corruption with the amendment of the Criminal Offenses Act and the passage of the Right to Information Act.

Ghana stagnated in the latest Corruption Perception Index, in which it managed to rake 43 points out of 100, just like it did in 2020.

According to Transparency International, which carried out the study, Ghana failed to progress against corruption.

But speaking at a round table discussion on the trend analysis of corruption, Tuah Yeboah charged Ghanaians to assist government in its quest to get rid of corruption.

“With the passage of the Criminal Offenses Act 2020, Act 1034, which amends Section 239, this amendment changes the status of corruption from a misdemeanour to a felony.

“This means that anyone who engages in corruption, if tried, convicted and sentenced, the person will receive a minimum of 12 years and a maximum of 25 years per the new law.

“The government, in intensifying the reforms, has passed other legislations such as the Revenue Administration Amendment Act (Act 1029), Anti-Money Laundering Act (Act 1034) and Corporate Restructuring and Insolvency Act (Act 1015),” he noted on Monday.

Mr Tuah-Yeboah further indicated that critical processes have been digitised to facilitate transparency, efficiency and accountability in the public sector.

“A digitised environment, ultimately helps to eliminate and prevent corruption in various departments and agencies,” he said.

The Deputy Attorney-General subsequently called on all and sundry to support the fight against corruption.

According to him, clamping down on graft is not the sole mandate of government.

“You all agree with me that corruption is a canker in the society that we must all embrace a new mindset and work to eradicate it.

“I encourage each one of you, as leaders and agents of change, to let us come together to fight against corruption which is milking our resources financially and human wise,” he opined.