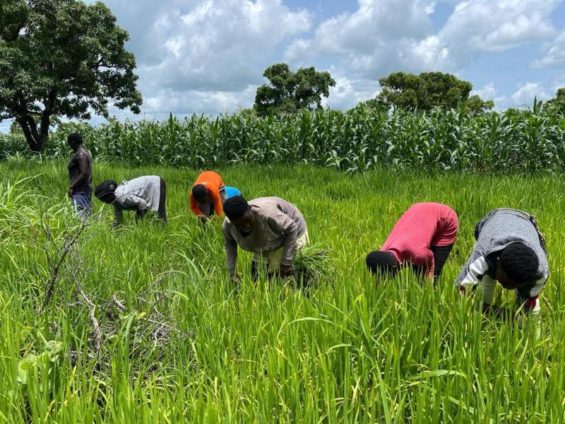 The Peasant Farmers Association of Ghana has bemoaned the unavailability of subsidised fertiliser to farmers due to outstanding debts owed suppliers by government.

Head of Programmes and Advocacy for the Association, Dr. Charles Nyaaba said the suppliers are no longer willing to supply fertilisers at a subsidised cost due to an outstanding debt of about GH₵346 million owed them by the government since 2020.

Dr. Charles Nyaaba said this on Joy FM’s Super Morning Show, on Wednesday, April 27, as part of conversations on the rising cost of food prices on the market.

He stated that this has adversely impacted their business since they no longer have access to affordable fertiliser, which is an important production input. Dr. Nyaaba warned that this can have further implications on the prices of food if nothing is done about the situation.

He, thus, has called on the government to settle the debts owed to the suppliers in order to avoid a further degeneration of the situation.

“It is the duty of government to settle them for them to produce the fertiliser, but as we speak we don’t have any indication as to when the government will settle them,” he stated.

DISCLAIMER: The Views, Comments, Opinions, Contributions and Statements made by Readers and Contributors on this platform do not necessarily represent the views or policy of Multimedia Group Limited.
Tags:
Dr Charles Nyaaba
Subsidised Fertilisers
Super Morning Show