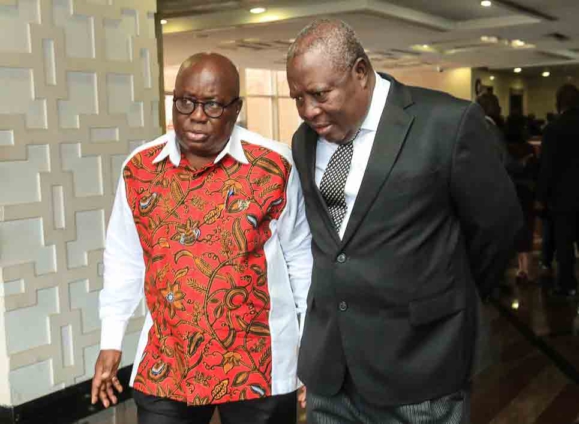 Former Special Prosecutor Martin Amidu has accused government of running the country to the benefit of the international community.

He said government is operating with assumptions that the country is “a satellite state of international capital.”

According to him, the international community has stood by and watched the government mismanage the country’s natural resources for the benefit of its international collaborators and facilitators.

The former Attorney-General alluded that this posture of the President mismanaging the country’s resources brings to memory an article in 2015 titled “IMF and US set to ruin Ghana” by a former Deputy British High Commissioner to Ghana, Craig Murray.

Mr Amidu quoted Craig Murray who said the IMF’s net result in any activity in Africa is to channel economic resources to wealthy corporations in the West.

“Indeed in thirty years close experience the net result of all IMF activity in Africa is to channel economic resources to westerners – and not to ordinary western people, but to the wealthiest corporations and especially to western bankers,” Martin Amidu referenced Craig Murray.

According to Martin Amidu, this unpopular way of ruling the country has helped the government to establish a friendly relationship with the IMF such that the Finance Minister could announce that negotiations with the International Monetary Fund will be fast-tracked.

Mr. Amidu believes the government and its officials are engaging in impunity as there is little to no transparency in the ongoing negotiations with the IMF.

“We the People are entitled to know the content of the dialogue the President, a well-known comprador bourgeoisie who has run this country into its present economic mess, has had with the IMF Managing Director, Kristalina Georgieva, that they have both already sealed the fate of Ghanaians from being part of or privy to the on-going negotiations which she had agreed with the President will form part of the Minister for Finance’s November 2022 Budget Statement to Parliament,” he said in a statement.

He said government is rather using the IMF “as a smokescreen behind which to ram down the throat of Ghanaians an austerity budget in November 2022 without any extensive and in-depth transparent and accountable consultations with “We the People” as required under any democracy.”

DISCLAIMER: The Views, Comments, Opinions, Contributions and Statements made by Readers and Contributors on this platform do not necessarily represent the views or policy of Multimedia Group Limited.
Tags:
Akufo-Addo
Ghana
IMF
Martin Amidu