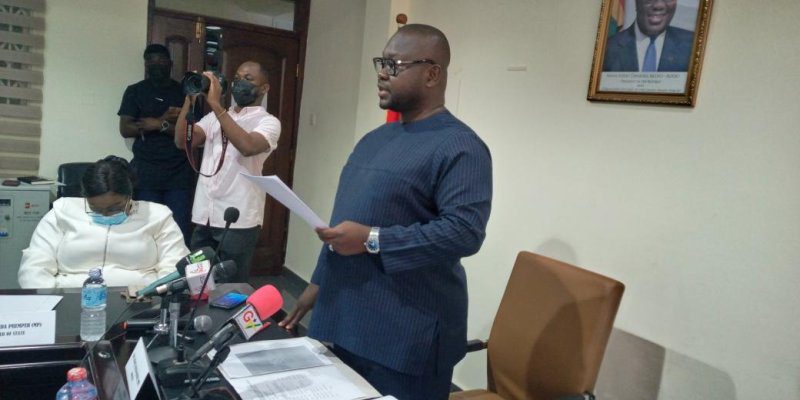 Minister of Works and Housing, Francis Asenso-Boakye, has inaugurated an 11-member Board of Directors for its Real Estate Agency Council to regulate the operations of industry players and sanitise the sector.

The Board has become necessary as a result of the arbitrary mode of operation by industry players due to the unavailability of a regulator, which sometimes was to the detriment of government, customers, and other stakeholders.

Mr Asenso-Boakye said the growth of the real estate industry in Ghana had seen a corresponding increase in the number of agents, property brokers, and consultants whose role was to act as intermediaries in negotiating and arranging real estate transactions.

There has also never been the requirement for licensing or regulating of the industry through statute, he said, adding that, the consequential effects made the sector an easy avenue where criminals hid their millions from the state, thereby, depriving government the requisite revenue for developmental projects as well as the funding of terrorism and other unlawful activities in recent times.

Considering the need to protect consumers, the Minister said it became necessary for the government to put in place measures to regulate the sector, especially as the Real Estate sector was key to the economic performance of the country.

That gave birth to the Estate Agency Act, 2020 (Act 1047), which came into force on December 29, 2020, to regulate the real estate agency practice which covered sales, purchases, rental of real estates, and related fixed assets.

As the Board was the first to be established under the Act, Mr Asenso-Boakye told its members that they had a daunting task to build from scratch, expressing optimism that with its expertise, they would be up and running in very good time.

Under your guidance, the Council should be able to put together a robust operation that would see you achieve the objects of the Act, so as to be of benefit to the whole nation,” he said.

The sector, he said, was a key driver to economic growth, particularly in contributing to job creation for the teaming skilled and unskilled youth.

Moreover, it could potentially open up the sector for both local and foreign direct investments thereby benefiting developers immensely and potentially reducing the deficit in the country’s housing stock.

“It is my firm belief that the success of the Council in fully implementing the Act can lead to reduced rents and capital values of property due to the availability of market evidence of transactions.

At the very minimum, data from the Council should assist the Government in putting in place corrective measures to manage the high prices where necessary,” Mr Asenso-Boakye added.

Mr Addo-Kufuor, the Board Chair, on behalf of the Council, expressed appreciation to the Ministry for selecting them for the significant responsibility.

He said the real estate sector with transactions was surging, which had great effect on the nation’s financial sector.

It was, therefore, prudent that a regulator was set up to standardize their operations, he said, and gave an assurance that they would do their best to discharge their duties as expected of them to yield good results.