Government's handling of the energy sector debt could send Ghana back to 'dumsor' by 2026 - Energy Analyst - MyJoyOnline.com 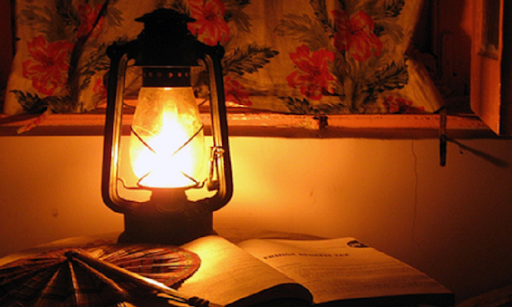 According to him the approach, if not reviewed could plunge the nation back into the dark days of “dumsor.”

Mr. Poku said this on the Super Morning Show, on Wednesday.

The concern comes on the back of the termination and renegotiation of ‘take or pay’ contracts with some Independent Power Producers (IPPs), as part of efforts to cut down the debt.

However, in reaction, the Executive Director of Kumasi Institute of Technology and Environment (KITE), Ishmael Edjekumhene, explained that the renegotiation was necessitated by the need to prevent the situation from getting worse, and the quantum of the debt from further escalating.

Consequently, a unit has been established and is holding negotiations with most of the IPPs involved.

“There’s a unit that is renegotiating Power Purchasing Agreement (PPA) and there’s also the policy to say that to ensure that the Energy Commission will not issue the license to any power plant that has not been transparently and competitively procured,” he said.

“So when the committee looked at the projection, in terms of demand versus supply, and what would have happened if those plants were allowed to go forward, it would have meant that the problem we are talking about would have been worse than what is happening now,” he added.

In response to a question posed by host Winston Amoah, on the progress of the negotiations, Mr. Poku stated that not much progress has been attained.

Explaining why it will be difficult for government to successfully renegotiate the energy sector deals, he noted that “these are bank guarantees. The companies took a loan from the bank and the loan was given to the company based on the guarantee.

“So I was very surprised when the Minister of Finance about 3 years ago came to the floor of Parliament and emphatically said that he was going to convert the ‘take or pay’ to ‘take and pay’ which was not possible,” he said.

Further, he called on the Public Utilities Regulatory Commission (PURC) to come up with how spinning reserves will be catered for since that is factored in the pricing of tariffs being paid.

“If we do not resolve this policy immediately, the other PPAs that are supposed to come on in 2023, 2024 cannot come on, and if we are going to do tender, my estimation is that by next year, we should start putting in tender documents to make sure that we put a bid in by 2023,” he said.

“With how the politicians and the Ministry of Finance are dealing with this thing, if we are not careful, we are gonna enter 2026 and we are back in dumsor,” he added.