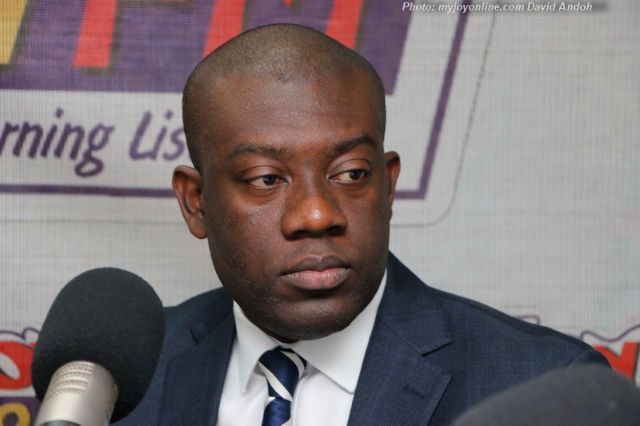 Government has filed a petition against Joy News' "militia documentary" at the National Media Commission (NMC), asking for an order for a retraction and an apology.

This is because government is insisting that the contents of the said documentary are "misleading."

The Information Minister, Kojo Oppong Nkrumah signed the petition on behalf of government.

"In accordance with Section15 of Act 449, government is seeking a declaration to the effect that the impugned documentary by Manasseh Awuni Azure and Joynews is misleading and constitutes a dishonest and deliberate misrepresentation of facts and calculated at causing undue public apprehension, alarm and panic," it said.

In the petition dated March 13, 2019, the government stated: "We view the impugned documentary as part of the unbounded calumny by Manasseh Awuni Azure, Joynews and its affiliates aimed at distorting Government policy and work on serious matters of national concern like the fight against vigilantism."

"Much as the undeniable track record of the President shows a selfless dedication to the defence of press freedom and human rights, irresponsible and unethical journalism threaten the democracy and peace of the nation," it said.