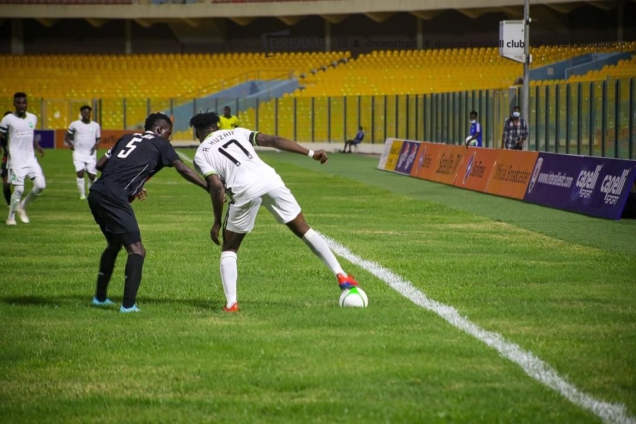 Inter Allies and Dreams FC continued the trend of drawn games in matchday one of the Ghana Premier League.

The result in effect outlined issues both sides needed to fix heading into the new season.

For Inter Allies, the question of how Henrik Lehm would cope without Victorien Adebayor and Samuel Armah was looming since pre-season.

With The Eleven is to One failing to convert their chances against Dreams, the questions have once again resurfaced with Lehm admitting that his outfit will miss the duo who contributed to 18 goals last season.

Inter Allies new signing Michael Kporvi had an opportunity to give his side the lead in the first five minutes but scuffed his effort which was easily gathered by Dreams FC goalkeeper Solomon Agbasi.

Agbasi continued his fine display within the posts as his crucial saves kept the game deadlocked at half time denying Chauncy Freeman.

Inter Allies had their best opportunity in the second half when an effort from five yards was dragged wide of the post.

For Dreams FC, this season was one of redemption. Finishing 13th place in the truncated league was unacceptable for a side of their calibre.

One reason for their bad form last season was their failure to convert chances. The Still Believe boys scored just 10 goals in 15 games and failed to register a goal in nine matches.

Coach Winfred Dormon admitted that his side had worked on finishing throughout preparations and will need to fix their goal scoring problem.

Dreams started the game slowly and as they grew into the game, ghosts of last season started to haunt the Dawu-based side.

New signings Joseph Esso, Agyenim Boateng and Abel Manomey had opportunities to win the game for Dreams but failed to convert.

Emmanuel Ocran and Michael Agbepkornu were lively throughout the game but could have been real game changers had their final products been better.

It was a tale of two sides whose poor conversion rates manifested at the Accra Sports stadium. Both sides looked good up until the ball was progressed to the final third.

The spoils shared, but Dormon and Lehm have more work to do, going forward.