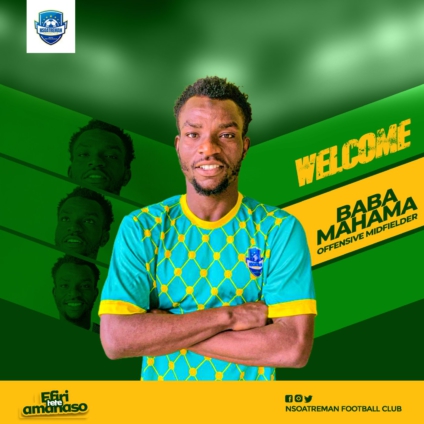 Nsuatreman earned promotion to the top flight after beating Tamale City in the Division One League Zone 1 playoff game at the Accra Sports Stadium.

The club is set to play in their maiden Premier League season and have stepped up their preparations for a new challenge.

Mahama joins the club as a free agent on a two-year deal while Kafonon has put pen to paper on a three-year deal.

The Burkina joins from Salitas FC.