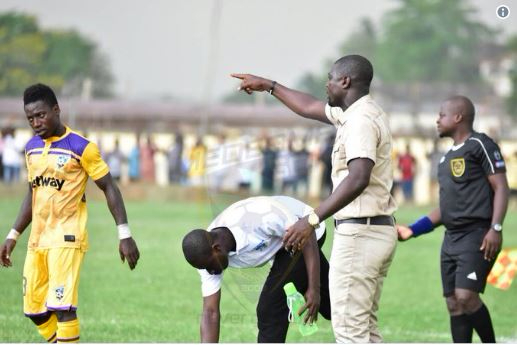 Medeama will complete StarTimes’ live telecast of the Ghana Premier League on Saturday with a 6pm kickoff game against Inter Allies at the Cape Coast stadium.

The Mauves and Yellows may be playing at an adopted home ground, but they have proven in the early stages of the season that their form is no fluke.

The Tarkwa-based side may have captured the attention of everyone after ending WAFA’s impeccable unbeaten 46-home run in midweek, but in truth, they have silently been delivering since the season began.

The 2-1 comeback win over the Academy Boys in Sogakope – WAFA’s first loss at home in over three years – was as impressive as it was a statement.

However, against a well-drilled Inter Allies side managed by the famous Kenichi Yatsuhashi, Medeama cannot expect to have an easy ride.

The Tema-based side sits fifth on the league table not by chance, but by their spirited performances against opponents.

Inter Allies opened the season with a dominant 3-0 win over Bechem United at home, and although the club has managed to grind out some results, their inconsistency has been equally telling.

An impressive 2-0 win over Liberty Professionals was quickly followed by a damaging 6-0 loss at the hands of defending champions Aduana Stars.

Although Kenichi and his charges recovered from that big loss to defeat WAFA at home, they again fell flat in midweek when they faced Elmina Sharks.

It is fair to say that Inter Allies have had an okay season so far, but their porous away form should give the Japanese tactician sleepless nights. In three away games this season, the club has conceded an unpardonable eight goals.

Such a poor return on the road makes Medeama favourites for the clash. However, a highly competitive game is expected between both teams on Saturday.