What did we learn from matchday 9? 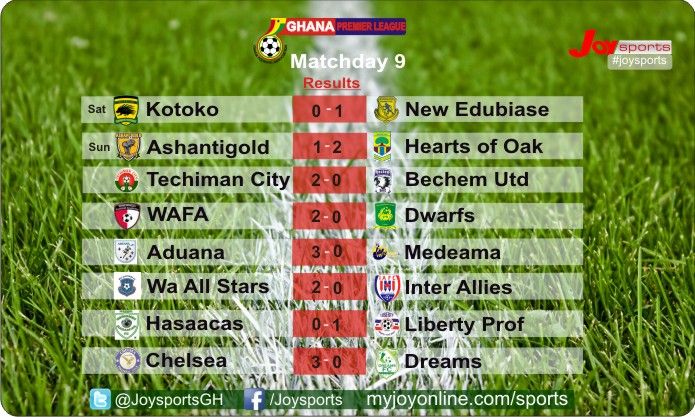 The game in Kumasi between Kotoko and Edubiase saw a master and apprentice affair as Anthony Commey, head coach of New Edubaise, came face to face with his apprentice Michael Osei who had served as his assistant for well over two seasons. The result was pretty simple, the master reigned supreme over his apprentice with one of the best away displays in the league. Edubiase were compact and tight at the back and offered Kotoko little or no chance to work their magic. Once Kotoko had openings, they were either thwarted by keeper Ben Mensah or let done by woeful. On the counter attack, Edubiase always almost looked like adding to their tally. A fine tactical chess between Kommey and Osei with the master showing why he is boss.

HEARTS ARE BUILT FOR AWAY PERFORMANCES

Hearts of Oak’s 2-1 win over Ashantigold was the perfect game to illustrate the type of football Kenichi Yatsuhashi has brought to the Phobians. This game was a carbon copy of Hearts first away fixture against Medeama where they soaked the pressure in the early parts of the game, gradually found their feet and dominated proceedings at the latter stages and this was the same against Ashantigold. Hearts set up did a perfect job of keeping it tight and compact without gifting too much spaces to their opponents.  They relied on the counter where the speed of the Cosmos Dauda, Paul Acquah, Eric Kumi and Isaac Mensah proved a handful for the Miners. This played into the hands of the Phobians who played to their best. This is in sharp contrast to their home performances where they have been required to take the initiative. They have sometimes looked bereft of ideas and often open in defence, but on their travels, they have been solid and it comes as no surprise they have picked up 11 points on the road already.

AWUDU NAFIU AND KADRI MOHAMMED WILL HAVE NIGHTMARES OF COSMOS DAUDA

Cosmos Dauda scored a brace against Ashantigold to halt Hearts of Oak’s four game winless streak but there was more to his game than just his goals. Cosmos run down the channels all game and fought for every game.  He chased down loose balls, contested every aerial ball and hustled Awudu Nafiu and Kadri Mohammed all day. The center back pairing will be happy to see the back of the former Mighty Jets striker who will surely  be a handful for every defender in the league. Cosmos has pace and power as well as good skills. He will surely be a leading figure for the Phobians as the season goes on and at this point in time, has been a better fit than Selasi Adjei who started Hearts game against New Edubiase on matchday 1.

OMEN POINTS TO A HEARTS VICTORY

BERNARD ARTHUR SNEAKS IN LIKE THE THIEF OF TIME

Liberty Professionals snatched a sensational last gasp winner against Hasaacas to end Hasmals’ good home form.  The result sees the Dansoman move to third on the league log, 4 points behind Wa All Stars. The match winner was not leading scorer Latif Blessing but Bernard Arthur who struck his third goal of the season. The most intriguing thing about Arthur’s goal was the timing. His first goal of the season was scored in the 89th minute against Ashantigold, the next was scored in the 90th minute against Chelsea and his winner against Hasaacas came in stoppage time. Beware defenders, and be on your guard. Arthur will sneak in like the thief of time and punish you. 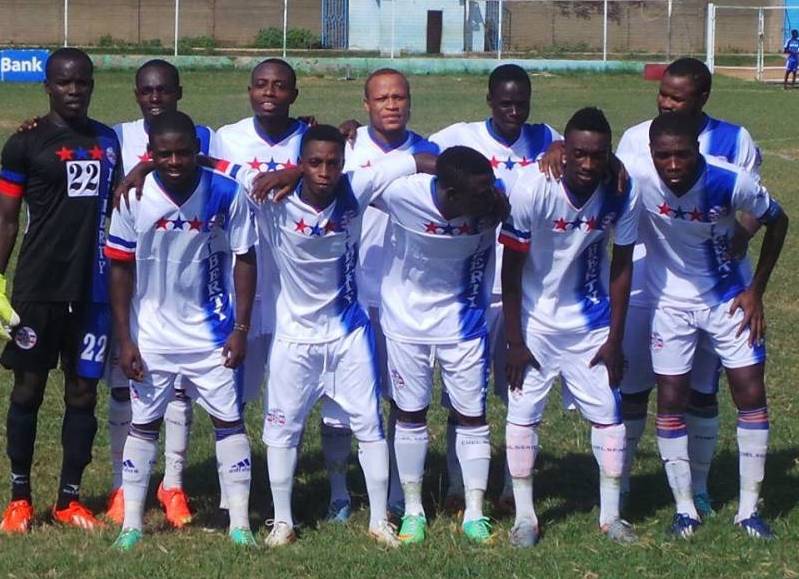 Ghana’s sole representative in continental competitions are 180 minutes away from the group stage of the CAF Confederations Cup, the first since 2012. However, their home form has been nothing short of abysmal. The Tarkwa side have been knocked out of the FA Cup already and currently sit bottom of the league all be it with one game less. This does not change much for them however as they will still be languishing in the bottom places. There is no clear explanation for this inconsistency and their 3-0 defeat at the hands of Aduana raised more eyebrows. Medeama have won only two games all season and will have to up their performances or risk going down. If they qualify for the group stage, there will be more concentration on the continental front which may not auger well for the Premier League chances.

MOST AWAY WINS IN ONE MATCHDAY

For the first time since the league began, we recorded more than 2 away wins. Hearts, Edubiase and Liberty Professionals all recorded major wins away from home. Hearts won 2-1 I Obuasi to end a 9 year winless streak while Liberty snatched a last minute win over Hasaacas in Sekondi. Edubiase began the weekend with an impressive 1-0 victory Kotoko in Kumasi. The second time in a year to beat the Porcupines at Kumasi.