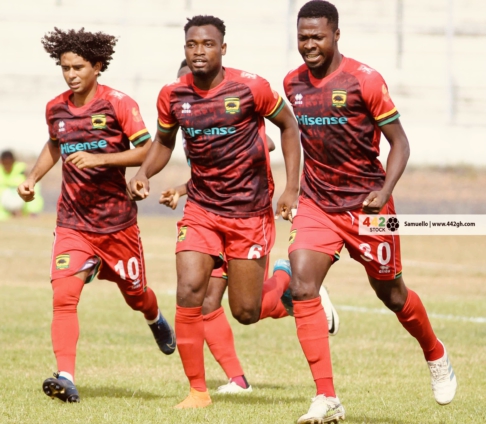 Asante Kotoko will be looking to put their midweek woes behind them when they face Aduana Stars on matchday 11 of the Ghana Premier League (GPL).

The Porcupine Warriors were knocked out of the MTN FA Cup by city rivals, King Faisal earlier this week but a trip to Dormaa on Saturday could be an opportunity to regain the trust of their fans.

Both teams are locked on 20 points at the top of the table with Kotoko having a game in hand.

On Sunday, Accra Hearts of Oak will return to the Accra Sports Stadium, where they will play host to Bechem United. The Rainbow lads are unbeaten in their last four league games, winning three during that time.

Bechem have also picked up two wins in their last three games including a win over league leaders King Faisal.

Sharks are on a four-game losing run with WAFA also boasting of just one win in the last five games.

At the Baba Yara Stadium, King Faisal will hope to bounce back to winning ways in the league when they engage Bibiani GoldStars. Real Tamale United will also battle it out for the three points with Dreams FC at the Aliu Mahama Stadium.

In an all Accra derby, Legon Cities will invite competition from Accra Lions as they play for all maximum points.