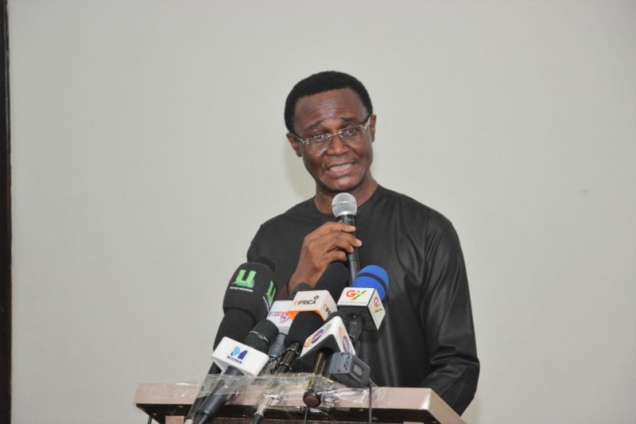 The Ghana Revenue Authority (GRA) has begun an engagement with the Chief Justice, Justice Kwasi Anin-Yeboah to get support from the judiciary to prosecute tax defaulting Oil Marketing Companies.

According to the Commissioner General of the Ghana Revenue Authority, Rev. Ammishaddai Owusu Amoah, processes have begun to prosecute the OMCS that were found culpable for defaulting in tax payments after several cautions.

Rev. Owusu-Amoah said the recent exercise by the taskforce yielded positive results as some affected companies made progress in clearing their debts.

“We have gotten some positive responses from some affected oil marketing firms after the current exercise on the petroleum tax and other levies that were in debt. But let me use this opportunity to mention that we are moving into prosecution and very soon we will start serving the recalcitrant ones [OMCs] that have failed to heed to our [GRA] call”, he told Joy Business.

“Let me caution that they [OMCs] should use this period to come to the GRA to clear their debts or face the law because we have already had a discussion with the relevant authorities and the Chief Justice to begin prosecution” he pointed out.

The Commission earlier this year undertook an exercise which ended in the locked up of some stations of the OMCs, due to accumulation of petroleum tax and levies arrears,  to the tune of more than 2 million.

The exercise which lasted for more than six hours enabled the taskforce to engage managers of these firms to honor their tax obligations as soon as possible.