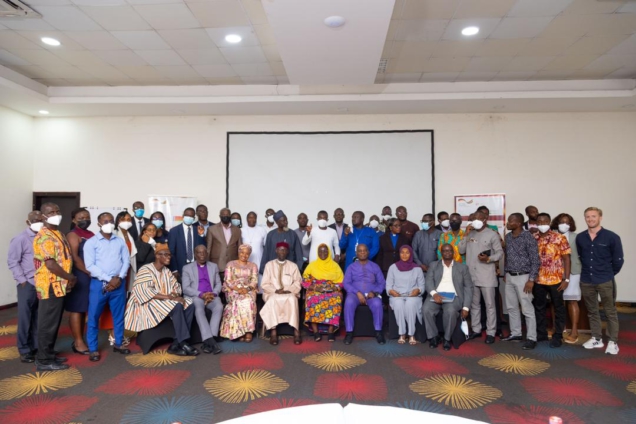 The Ghana Revenue Authority has engaged religious leaders to use their platforms to encourage members to honour their tax obligations to the state.

This move will boost the country’s tax revenue and consequently help the government to embark on infrastructural and social projects.

Speaking at a Final Validation Workshop and Launch of Ghana Revenue Authority Engagement with Religious Leaders, Assistant Commissioner at the Office of the Commissioner General, Dominic Naab charged religious leaders to serve as ambassadors for tax education at their respective organisations.

“Tax is undoubtedly the bedrock of every society and citizens are obliged by law to pay taxes as part of their civic responsibility which goes a long way to support capital expenditure and social interventions by government”.

“Tax payment can be traced from the religious days when Christians were commanded to be humble to authorities and play their civic roles in the kingdom. Religious platforms have a great influence and can be used to educate the masses on their tax obligations to the state”, he said.

The programme by the GIZ is expected to influence communities of faith to strengthen their members’ self-perception as responsible citizens, thus motivating them to become more tax compliant.

Speaking on behalf of the Commissioner General of the Ghana Revenue Authority, Dominc Naab reminded religious leaders of the government’s quest to execute critical projects in the country through taxes and other sources of revenue.

He also assured that the GIZ will continue to support the Ghana Revenue Authority in its quest to mobilise adequate revenue for the state through tax collections.

“Supporting domestic revenue mobilisation means bringing on board all the very important stakeholders who can help generate revenue for the country. So last year, we conducted a base study trying to understand how religious and traditional leaders can be used to support the mobilisation of the domestic revenue in Ghana. The role of the religious actors came out very strongly in that baseline study”.

“We found out that the trust many citizens place in them makes them interesting stakeholders that can also play a crucial role for increased tax compliance”, he assured.

The GIZ is hoping to roll out this programme in other regions of the country in order to increase the country’s tax to Gross Domestic Product ratio.