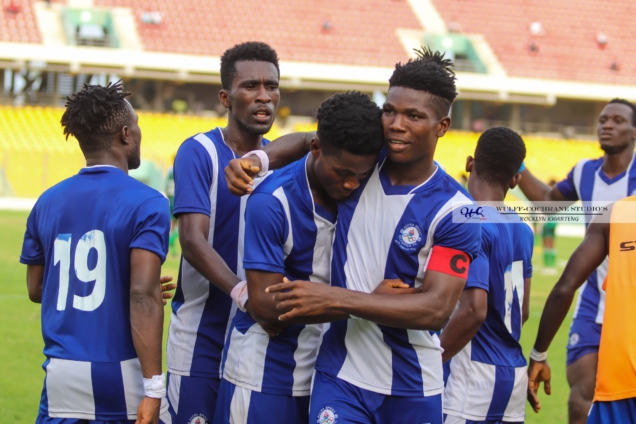 Ghana Premier League side, Great Olympics have secured a huge sponsorship deal with McDan Group of companies, the club has announced.

Both parties have put pen to paper on a three-year deal which will see the two-time Premier League champions take away $270,000 each year.

According to the details of the deal, Olympics will be given $100,000 in cash each season with the remainder coming from the club’s performances along the season.

Should they manage a top four finish in each of the three seasons, the Dade lads will earn $20,000, while they will be entitled to $100,000 and $50,000 if the team wins the league and FA Cup titles respectively.

The McDan Group will also have to invest $10 million into the construction of a 30,000 seater stadium for Accra Great Olympics if they earn qualification into the CAF Champions League while also winning the trophy.

“I don’t expect them to take this brand for granted. The brand alone has a lot of respect and now that we sponsor them, they must behave like McDan,” he concluded.

Olympics head coach, Annor Walker also expressed his delight to the McDan Group for their support for the club.

“This came as a surprise and at a time that the club really needed a sponsor.

“I am very happy because this will motivate me and the players to do more than we have done before. Whenever there’s support, it motivates people to do more and this will really push us to achieve greater things,” he concluded.

Walker’s men currently occupy the fifth position on the league table and play Bechem United in their next league game.