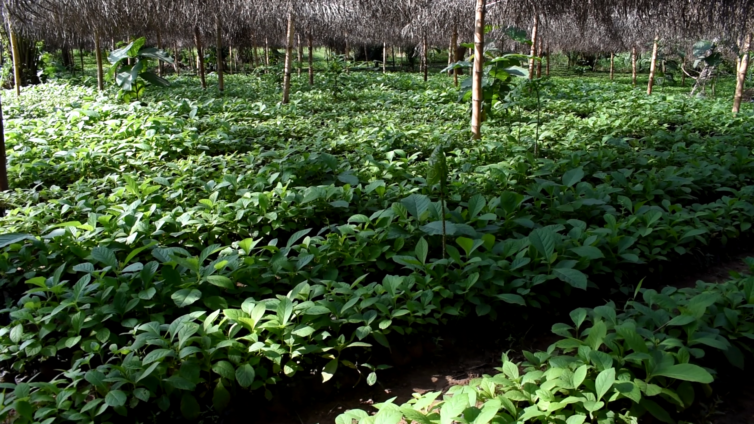 The climate in the Volta and Oti region is expected to witness some improvements in the coming years due to the instrumentality of implementers of the Save Dayi Project.

The interest group based in the Hohoe Municipality with support from the Forest Plantation Fund Board said it has produced 1 million tree seedlings for planting ahead of the 2022  Green Ghana Project.

The government’s Green Ghana Project being implemented by the Ministry of Lands and Natural Resources seeks to ensure 20 million tree seedlings are planted nationwide this year.

In preparation, the Save Dayi Project, an interest group based in Hohoe, vested in tree planting, nursed a million seedlings to support the Green Ghana Project.

The initiative which was aimed at ensuring enough tree seedlings are produced for the project was in partnership with the Forest Plantation Fund Board.

Tree species such as Afram, Mahogany, Teak and Cindrella, which were raised at the nursery are being distributed to assemblies, private and public institutions, interest groups and schools in the Volta and Oti Regions.

The Leader of the Save Dayi Project and the lead Supervisor of the nursery, Norbert Agbenyega, lauded a tree planting initiative introduced by the Hohoe MP, John Peter Amew, in 2017/2018, was an eye-opener for residents.

He said the initiative saw the planting of trees along the Dayi, to save the water body which is treated and distributed to serve the Hohoe Municipality.

He further indicated that about 120 residents in Hohoe had applied to be provided seedlings, indicating they have identified the importance of planting trees to support the Green Ghana Project.

He said the seedlings are being distributed to Krachi, Nkwanta, Dambai, Kpeve, Peki, Kpando, Ho and other destinations.

Mr. Agbenyega added that corporate bodies, the Bank of Ghana, NABCO, COCOBOD, NADMO, lotto writers, individuals and other organisations have applied and are being supplied seedlings.

“Considering the efforts of residents to be supplied tree seedlings, I have to come to realise that they have accepted the Green Ghana Project introduced by the government”, he said.

The project would not only impact positively on the environment and climate. It is already having an economic impact on the residents.

115 residents have been engaged as casual workers at the nursery and are being paid for their services.

The workers expressed gratitude to the government for the initiative as it has provided them jobs and finances to support their households.

“The Green Ghana and Save Dayi Projects have brought so much joy to us because we are all getting some money as workers to support our families.

Some of us are mothers who had no work. We are excited to be part of this project”, said Peace Dzomeku

Mr. Agbenyega lauded the efforts of the workers, the Lands and Natural Resources Ministry, it’s Chief Director, Prof. Patrick Agbesinyale and the Forestry Commission for their support in producing the 1 million tree seedlings.

He implored all and sundry to participate in the Green Ghana Day Project scheduled for Friday 10th June 2022.

He said that “do not say you don’t belong to the NPP so you won’t be part of the Green Ghana Project. Persevere and plant 1000 Afram seedlings.

After 8 years, request a logging permit to cut the trees. That is when you will realize the economic benefits of the tree seedlings the NPP government provided for free.”