GRIDCo has shut down our plant – Tema-based VALCO workers allege 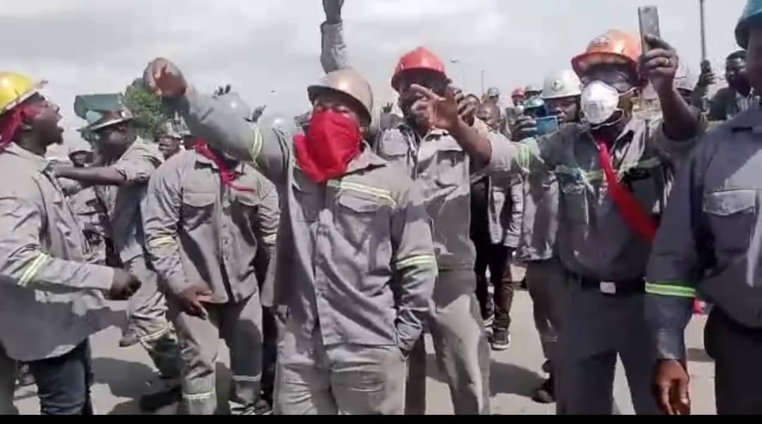 Following a protest by workers of Tema-based Volta Aluminum Company (VALCO) against the continuous stay in office of some top management personnel, the Ghana Grid Company Limited (GRIDCo) is alleged to have cut power supply to the company.

The development, which took place on Monday, October 31, is believed to have been a directive from the Chief Executive Officer.

According to sources, GRIDCo took the power off without informing the workers and when they tried to investigate, “they were told it was an order from above”.

Again, the operators within the control room received a similar order from the CEO to do same from the company’s switchyard but they didn’t oblige.

This comes at the back of a demand by the workers for the removal of about 28 ‘retirees’ – nine of whom are in administration.

The workers, who took to the streets yesterday, also protested their poor conditions of service, amongst others.

Speaking to JoyNews, the Local Union Chairman, Edgar Tetteh said the protest will go on until all those who have attained the mandatory retirement age retire.

He said the presence of the retirees is overstretching the finances of the company.

The workers are therefore calling on the government and all relevant authorities to come on board to ensure that all the retirees in the company leave office.

DISCLAIMER: The Views, Comments, Opinions, Contributions and Statements made by Readers and Contributors on this platform do not necessarily represent the views or policy of Multimedia Group Limited.
Tags:
GRIDCo
VALCO