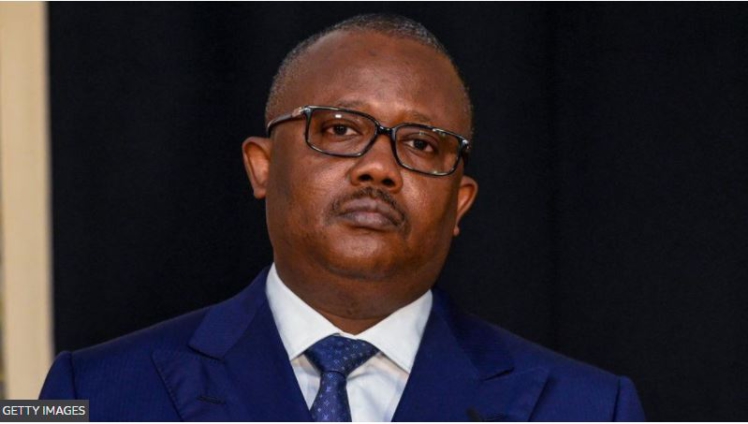 A reported coup in the West African state of Guinea-Bissau has left many members of the security forces dead, its president says.

Umaro Cissoko Embaló said the situation was under control, calling it a “failed attack against democracy”.

Gunfire erupted near a government building on Tuesday in the capital Bissau where the President was reportedly attending a cabinet meeting.

Soldiers are said to have detained the President and his ministers.

Unidentified heavily armed gunmen attacked the government palace while President Embaló was meeting Prime Minister Nuno Gomes Nabiam inside, according to reports from the ground.

A security source who did not want to be identified told the BBC that gunmen in civilian clothes had opened fire and a police officer had been killed.

West African regional leaders described the incident as a coup attempt and urged troops to return to barracks.

But what happened remains unclear: it is not yet known who the gunman were and the President did not give an exact figure for those killed.

One of the poorest countries in the world, the former Portuguese colony has seen nine coups or attempted coups since 1980.

Struggling with a massive foreign debt and an economy that relies heavily on foreign aid, the country has also become a transit point for Latin American drugs, leading it to be dubbed by some as Africa’s first narco-state.

While Mr Embaló won the December 2019 presidential election, he faced a last-minute stand-off with parliament before taking office the following February.

‘Coups appear to be making a comeback’

Coups appear to be making a comeback in West and Central Africa. Over the past two years there have been military takeovers in Mali, Chad, Burkina Faso and Guinea, as well as further east in Sudan.

As events in Guinea-Bissau unfolded, the regional political and economic block Ecowas, as well as the United Station, issued condemnations.

But one thing these coups is making clear is that there’s very little international bodies can issue in the way of deterrents.

Ecowas has issued sanctions against Mali and Burkina Faso but they haven’t stopped the wave of coups in the region. Guinea-Bissau has also been subject to sanctions over the last decade.

In a recent interview, the head of Ecowas’ commission said that sanctions on Guinea-Bissau had been effective because they’d helped the country return to peace. That assessment now seems to have been premature.

Soldiers in the region have seized upon popular discontent with corrupt and ineffective governance to justify their actions. In Burkina Faso and Mali, their actions have been welcomed with joy from some parts of the population.

But analysts worry the democratic gains made in the region over the past two years are being undermined, and that what was once known as Africa’ Coup Belt could well be earning that name again.

DISCLAIMER: The Views, Comments, Opinions, Contributions and Statements made by Readers and Contributors on this platform do not necessarily represent the views or policy of Multimedia Group Limited.
Tags:
Coup
Guinea-Bissau
Umaro Cissoko Embaló