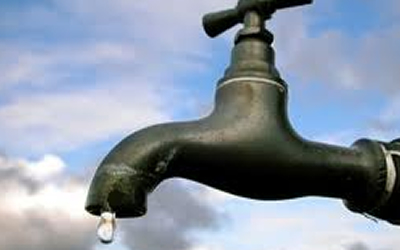 Production staff of the Ghana Water Company have reported to the company’s board that the water they have been supplying to Ghanaians for the past three years is not safe for drinking.

Joy News is in possession of a petition and other documents confirming the claims.

A board inquiry into the matter is underway to ascertain the truth, Joy News’ Fred Smith reports.

In a strongly worded petition to the Water Company’s board, 59 production staff at the Weija headworks say they are frustrated by the lack of maintenance of production machinery and unavailability of certain chemicals to produce safe water.

Two plants required to minimize chemical levels before supply have been without lime dousing facilities since May 2011.

Chlorinators at the plant have also broken down. Staff are therefore compelled to use low grade calcium hypochlorite as the main disinfectant to treat water. They say the hard water is resulting in rusting of the pipelines – a situation that can pass on cancerous substances through the taps.

A production staff member who does not want to be named, told Joy News the water flowing through taps does not meet the WHO standard.

The workers believe the PURC’s decision not to grant a tariff increase in its fourth quarter review on 30th September could be because of the low quality water being supplied to the public.

The petition also lists several other water production machinery that have broken down at various facilities in the country due to lack of maintenance.

When Fred took a tour of the Weija headworks to see things for himself, he said he found more worrying problems than were reported to the board.

Four out of twelve production filters are down. In some cases the breakdowns are due to minor faults such as replacement of simple tyres.

Sources at the Weija headworks say if all machines are well maintained and put to use, Accra’s water problems will be resolved.

The workers blame the situation on the company’s Managing Director, who they claim lacks vision.

Under his leadership, the petition reads, there has been serious decline in revenue due to the Managing Director’s inability to raise the needed revenue to maintain their equipment.