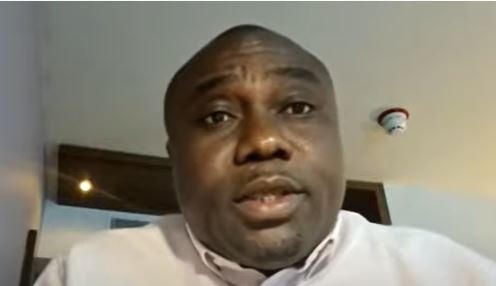 “In view of the pendancy at the Supreme Court, Mr Quayson, yes, can remain a Member of Parliament but can’t go to Parliament because he has been injuncted,” he said.

This was after the Supreme Court on Wednesday ruled that Mr. Gyakye Quayson cannot represent the people of Assin North in Parliament until the determination of the substantive case before it.

Speaking on JoyNews’ AM Show on Thursday on the matter, Mr Nimako noted that the people of Assin North would not have been perturbed about no representation in Parliament if Mr Gyakye Quayson had obliged to the High Court ruling.

Interacting with host, Benjamin Akakpo, he blamed the legal team for the Assin North MP, whom he said failed to comply with the conditions of appeal.

“After the judgment of the High Court, if they had not filed any stay or appeal on the back of the stay, and with all the pledge application they filed at the Court of Appeal, then reasonably, that would have been the end of the case.

Yet, they failed to pursue their appeal. That is where they should take the blame. They should asked their lawyer why he failed to comply with the condition of appeal in the first place.”

A Cape Coast High Court in July 2021, nullified the election of Mr Quayson after it found out that he owed allegiance to Canada at the time of filing his nomination forms to contest the polls.

The Court’s ruling prompted the need for a by-election in Assin North Constituency. But the MP fought to set this aside at the Court of Appeal.

As a result, Michael Ankomah Nimfah, a resident of the constituency who filed this election petition in January, 2022, initiated another action at the Supreme Court.

He urged the Court to give effect to the Cape Coast High Court judgement and prevent a further breach of the constitution by restraining Mr Quayson from holding himself as an MP.

Ruling on the matter yesterday, the apex court stated that “The application succeeds. The MP is restrained from holding himself as MP for Assin North and restrained from attending Parliament to conduct business on behalf of the people of Assin North.”

“The restriction remains until the final determination of the substantive matter. We direct that the case hearing be expedited,“ Justice Dotse ruled.