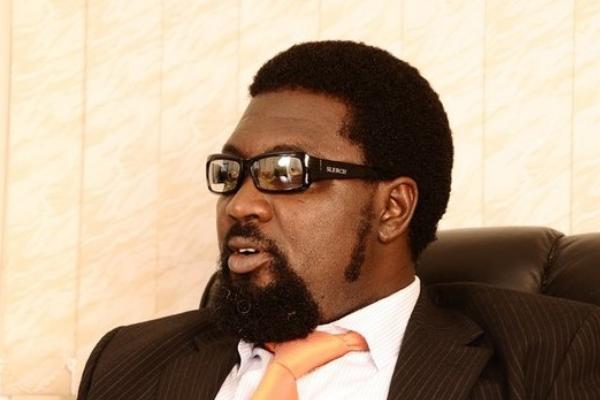 Renowned sound engineer and business man, Hammer of the last two has revealed his intentions of remarrying soon for the sake of his children.

The father of six, told Edem Knight- Tay on Joy Fm’s Home Affairs, it is time for his home to have the presence of a woman who would be a mother to his children.

“Getting married will be a very good thing right now,because the balance is not really there. I spoil them too much”, he revealed.

Hammer who is also the head of marketing and sales, and is a partner in the popular bakery, A1, said his growing children needed the presence of a motherly figure in their lives before they enter into the tertiary level of their education.

Born, Edward Nana Poku Osei, Hammer admitted that this has not always been his stance on the matter of marriage.

According to him, he had harboured the fear that a new woman would only focus her care and attention on her biological children and neglect his.

However, after receiving counsel from his family, he believes it is a good idea to settle down for companionship and help his children.

The 44 year old, revealed upon further probing by the host of the show that he was already seeing someone with whom he was hoping to tie the knot.

“I am seeing someone great and I think that hopefully I should settle down soon for their (children)sake” .

Hammer joined other public figures such as the MP for Tamale North, Hon. Suhuyini and the Hip-life Grandpapa Reggie Rockstone in discussing the topic of fatherhood from the eyes of public figures.

They shared their experiences and thoughts on the changes that occurred in their lives as they became fathers and what different experiences they have had over the years from other fathers.

Amongst other things, Hammer admits that, though he learned to be less reckless with his utterances since he became a father, once in a while his children get exposed to some unpleasant things being said about him and have had to, sometimes, defend him in public.

“To be famous and dealing with kids is tricky. I don’t have all the answers, I learn everyday”, he said reflectively

DISCLAIMER: The Views, Comments, Opinions, Contributions and Statements made by Readers and Contributors on this platform do not necessarily represent the views or policy of Multimedia Group Limited.
Tags:
Hammer of the Last Two
Marriage