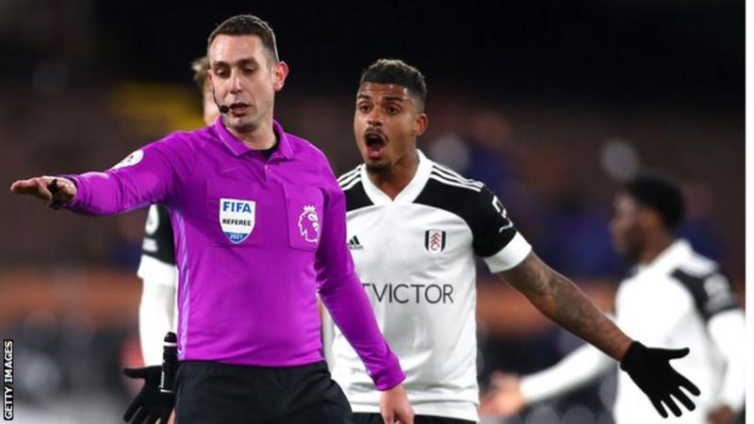 Accidental handball that leads to a goal-scoring chance or a goal for a team-mate will no longer be penalised, say football’s law makers.

International Football Association Board (Ifab) confirmed the change on Friday, saying it was because of the “interpretation of handball incidents” not being applied consistently.

Fulham lost to Tottenham as Josh Maja was denied a goal as Davinson Sanchez’s clearance flew into Mario Lemina’s arm.

The change is likely to be introduced in England from 1 July.

The International Football Association Board had tightened handball laws for the start of the 2020-21 season.

However, a spate of handball decisions led to fierce criticism across the game and saw English top-flight referees ordered to be less strict about their interpretations of the law.

Premier League officials were told to particularly focus on the distance an offending player is from the ball and whether he has extended his arm outside the natural body line.

In a statement, Ifab also clarified its interpretation of the offside law, saying the definition for handball, whereby the arm ends at the bottom of the armpit, must be used when judging whether a player is offside or not.

Chelsea’s Timo Werner was denied a goal against Liverpool on Thursday night when VAR ruled the position of his arm made him offside in the build-up.

DISCLAIMER: The Views, Comments, Opinions, Contributions and Statements made by Readers and Contributors on this platform do not necessarily represent the views or policy of Multimedia Group Limited.
Tags:
Handball rule
Premier League