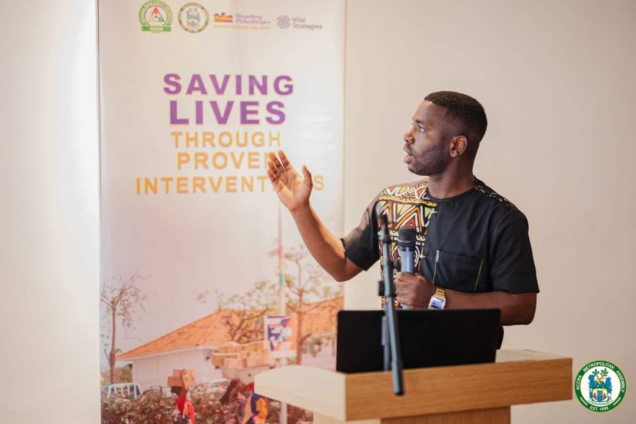 A one-day planning meeting on strategic communication to improve road safety in the city has ended with a call on road safety agencies to harmonise efforts and support this year’s mass media campaign to reduce road traffic injuries and deaths.

The strategic planning meeting which was organised by the Bloomberg Philanthropies Initiative for Global Road Safety (BIGRS) in collaboration with the Accra Metropolitan Assembly (AMA) and the National Road Safety Authority (NRSA), sought to design communication strategies aimed at reducing road crashes and injuries in Accra and beyond.

Some issues discussed during the meeting, attended by participants drawn from road safety agencies in the country, include data trends in Accra to confirm speeding as a major risk factor, road safety activities and intervention by various road agencies as well as mass media campaigns aimed at reducing road crashes.

Speaking at the meeting, Programmes Coordinator for BIGRS, Osei Kufuor, said the strategy is to use advocacy, training, and monitoring to implement proven interventions on Drinking and Driving Prevention, speed reduction, and helmet use, seat-belts use, infrastructure, improvements as well as sustainable urban transport.

He said BIGRS, in collaboration with the AMA and NRSA, is reviewing legislation and providing recommendations to strengthen road safety laws to meet international best practice, supporting public and nonprofit efforts to implement effective road safety laws through funding and technical assistance.

Communication Officer for BIGRS, Ms Mavis Obeng-Mensah, said BIGRS focuses on speed management because it is a major cause of road traffic injury and deaths adding that speed influences the risk of road crashes as well as the severity of consequences resulting from any collision.

She said the meeting sought to aid stakeholders to unify individual concepts and road safety activities in various agencies and consolidate them for this year’s mass media campaign.

Road Injury Surveillance Coordinator for BIGRS, Mr. Ebenezer Kofi Baidoo in a presentation, said in 2020, the number of reported road traffic crashes in Accra was 1,774 adding that out of the number, reported deaths were 136, with pedestrians and motorcyclists recording 56% and 28% of fatalities respectively.

He pointed out that males accounted for 88% of deaths in 2020, stressing that nine out of every 10 deaths were recorded among males.

He noted that even though speeding remained the highest risk factor, distracted driving emerged as one of the suspected causes contributing to road crashes in the city.

“A study by World Health Organization (WHO) has confirmed that a driver using a mobile phone is four times more likely to be involved in a crash. For vehicles speeding beyond the posted limit, motorcycles recorded the highest level with 62%, followed by SUV/pickups, which recorded 47%.

Apenkwa interchange to Dimples roundabout emerged as the corridor with the highest number of traffic fatalities. Lapaz intersection, Kwashieman intersection and Kawukudi intersection showed up as high-risk fatal crash point locations. These locations can inform road safety interventions geared at reducing road traffic crashes, deaths and injuries in the city,” he said.