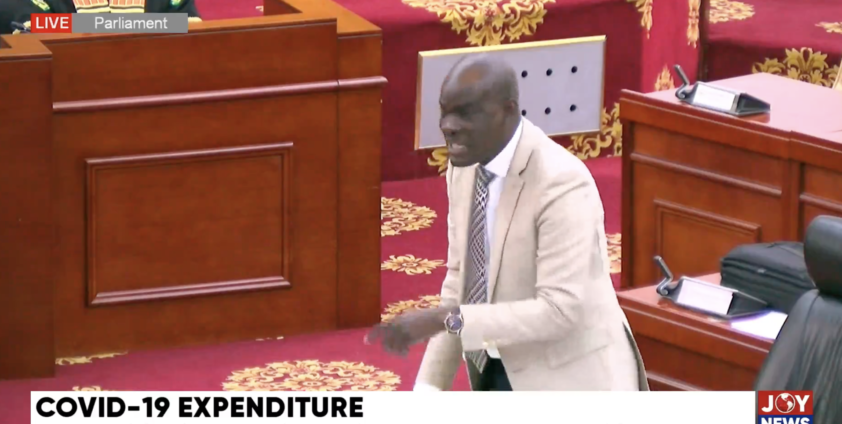 Minority Leader, Haruna Iddrisu has christened the 2023 Budget statement presented before Parliament on Thursday as the “ɛka mmpɛ dede” budget.

According to him, per the Finance Minister’s presentation, it is evident that the nation has been declared as a “high risk distressed country.”

In the opinion of the Minority Leader, the Minister has set the nation on course for debt restructuring.

“He [Finance Minister] has announced debt restructuring in the name of a debt exchange programe,” Mr. Iddrisu jokingly reminded the house.

After the Finance Minister’s presentation of the 2023 budget, Mr Iddrissu who believes the country has over borrowed, made the claim to express his dissatisfaction and to also criticise the Akufo-Addo-led administration.

“Mr. Speaker, my greatest expectation of the Minister, is to regularise his borrowing under the Amended Bank of Ghana Act of 2016.

“You have to come back to this house, to seek our mandate and authorisation for your excessive borrowing from the Bank of Ghana. That needs to be regularised.”

He further hinted of the dissatisfaction of NPP legislators with the 2023 budget, pointing to the Vice President’s absence from parliament during the budget presentation.

“Mr Speaker today, there’s no pump and pageantry. Even they are not happy. That explains why, Mr Speaker, he is unaccompanied. Where is the Vice President?”

He said the 2023 budget simply signals that the nation’s economy is “on life support.”

Notwithstanding his discontent with the budget, the Minority Leader assured the Finance Minister, that he has the support of the Members of Parliament to set the nation on the path of recovery.

“When you are on life support, two things can happen- a recovery, or the unknown. He has our prayers, that we will help him to recover the economy.”

DISCLAIMER: The Views, Comments, Opinions, Contributions and Statements made by Readers and Contributors on this platform do not necessarily represent the views or policy of Multimedia Group Limited.
Tags:
2023 Budget
Haruna Iddrisu