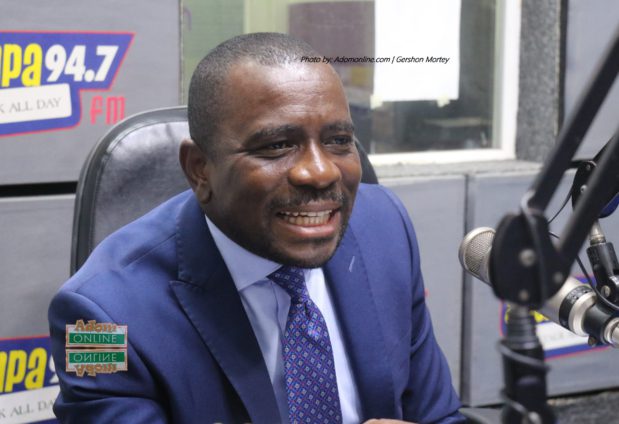 Akim Swedru MP has asked colleague MP, Kwame Agbodza to use the right channels if he believes that the General Secretary of the New Patriotic Party indeed disrespected the Speaker.

Speaking on Joy FM’s Top Story on Thursday, Kennedy Nyarko Osei questioned why the Adaklu MP would “crucify” John Boadu in public and later ask for an apology.

Although Mr. Osei defended the comments by the NPP stalwart, he was quick to add that he would have framed the message differently.

“John Boadu has admitted that the decision by the Speaker is right. But he went further to explain that it was because the Speaker had given a directive that the Minister should order for the people to go back immediately. If I was the one making the comment, maybe, I would have said it in a different way,” he told host Evans Mensah.

“If my colleague thinks that it is contemptuous, he can raise the matter in Parliament. He has already crucified the man and you are asking him to apologize for what? If he says the matter is in contempt, then he should bring him to the privileges committee,” he continued.

The Adaklu MP has said that John Boadu and Osafo-Maafo have both made comments that undermine the authority of the Speaker, Alban Bagbin.

He wants Parliament to take action against the two.

According to him, failure to take any action against the two will only encourage others to also disrespect the Speaker in a similar vein.

The General Secretary of the New Patriotic Party, speaking in the Central Region, asked why the Speaker of Parliament did not consider assuming the role of a toll collection personnel after directing the Roads Minister to withdraw a statement announcing the cessation of the collection of road tolls.

Although he admitted that the Speaker was right in giving directives to the Minister, he insisted that Kwasi Amoako Atta did nothing wrong.

“Technically, the Speaker was right. If Parliament enacts a law, then only Parliament has the authority to repeal that law. But what the Road Minister did was also right in his action because the announcement of the scrapping of the payment of road tolls would have caused confusion at the toll collection centers.

“He only suspended the operationalisation of toll collection, not the law. If he had not done that, there would have been chaos at the toll booth. With all due respect, why did the Speaker himself not go to the various toll collection points to take tolls after issuing the directive to the Minister,” he said.